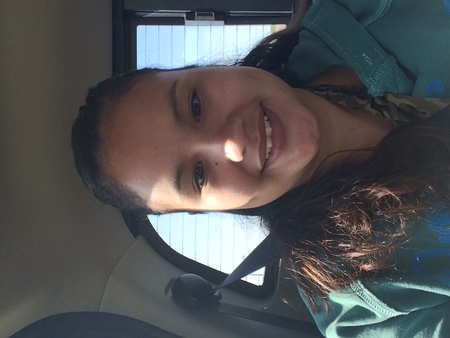 Janine Chowace is well on her way to a major accomplishment.

Chowace, a 31-year-old member of Sturgeon Lake Cree Nation in Alberta, is more than halfway done the requirements necessary to earn her university degree.

“It’s a pretty big deal,” Chowace said. “I’ll be the first one in my family to get a university degree.”

What is also a big deal is the fact Chowace is one of eight recipients of this year’s Indigenous Scholarship Program.

Chowace had dropped out of high school while she was 16 and in Grade 10.

“That was a goal to go back and finish high school,” she said.

But Duke, a 26-year-old member of Little Pine First Nation in Saskatchewan, continues to move forward with her education.

Duke is in her second and final year of the business administration program at the Saskatchewan Indian Institute of Technologies, located in Regina.

Besides being in the home stretch of earning her diploma, Duke also received some welcome news recently. 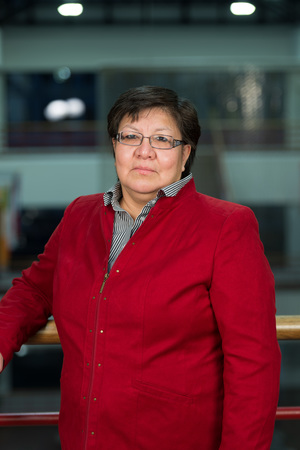 The 56-year-old is in her second and final year of studies working towards her Master’s degree in business administration from the University of Calgary.

“I missed the opportunity to do it earlier in my career,” said MacDonald, a member of Thunderchild First Nation in Saskatchewan. “A lot of people encouraged me but I had this self-doubt.”

Karen MacDonald is a member of Thunderchild First Nation in Saskatchewan.

MacDonald, who is married and has two children of her own who are also attending the University of Calgary now, decided there was no point in waiting any longer and returned to school herself.

“The tuition is just sky high,” she said. “Every dollar helps.”

Indigenous student thrilled with scholarship but disappointed about online learning 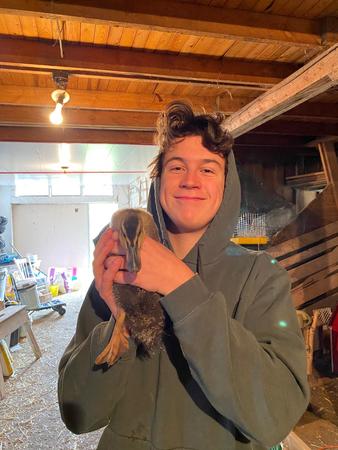 Quintin Helm is having some mixed reactions about his first year of university life.

The 18-year-old, who lives in the Alberta town of Okotoks, is studying finance at the University of Calgary.

But because of the COVID-19 pandemic, Helm, a member of the Metis Nation of Alberta, is forced to take all of his classes virtually for now.

Quintin Helm is a member of the Metis Nation of Alberta.

“You hear about how different and fun university can be and I’m just not experiencing that with online classes,” he said.

Though he is not getting the full experience of university life by studying remotely, Helm does like his post-secondary program.

“I am enjoying the classes that I am taking and I somewhat take joy from getting one year closer to starting the rest of my life,” he said. 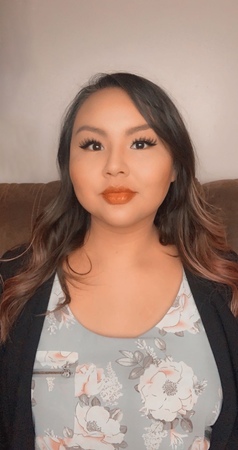 That would undoubtedly be the best way Kineisha Eagle Bear would describe the recent news that she won a $10,000 scholarship.

But things were not looking too rosy this past fall for Eagle Bear, a 25-year-old single mother, who has a five-year-old daughter named Nova.

She already had some bills which needed some attention. And her expenses increased as it was necessary to get some vehicle repair work done since she was involved in a car accident this past November.

Kineisha Eagle Bear is a member of Kainai Nation in Alberta.

Plus, her computer which she required for her school work, seemed to be on its last legs and needed to be replaced soon.

Eagle Bear’s fortunes then improved considerably in late November when she heard she was a recipient of the Indigenous Scholarship Program. 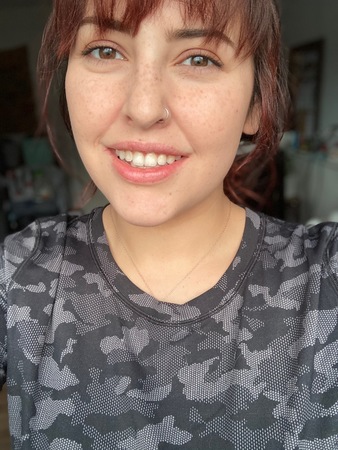 For Remmy Dillon the fact she won a scholarship couldn’t have come at a better time.

Dillon, 21, is a second-year student in the environmental resources program at the Nicola Valley Institute of Technology, located in Merritt, B.C.

Like the majority of other post-secondary students across the country, Dillon, a member of the Cayoose Creek First Nation in B.C., has been forced to take her classes online because of the COVID-19 pandemic.

Dillon, however, was having her share of frustrations this past fall, primarily because she had an older computer.

Former surveyor much happier with his return to school 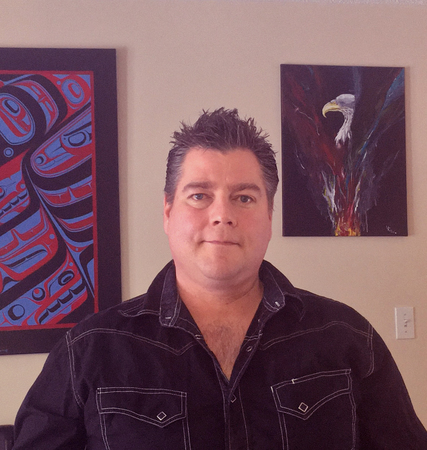 Almost a year after taking the plunge and opting for a career change, Wyatt Draycott still finds his decision to be a nerve-wracking one.

Draycott, who lives in Cold Lake, Alta., had spent 20 years working as an industrial surveyor, including the last five years owning his own company.

But in February of 2020, Draycott, a 46-year-old member of the Metis Nation of Alberta, called it quits in order to go back to school.

He’s now a first-year student in the Natural Resources Technology Program at Portage College in Lac La Biche, located about a 90-minute drive from his home.

Though he was making a six-figure salary, Draycott was not happy with his previous career.

Scholarship allows Indigenous student to focus solely on his academics 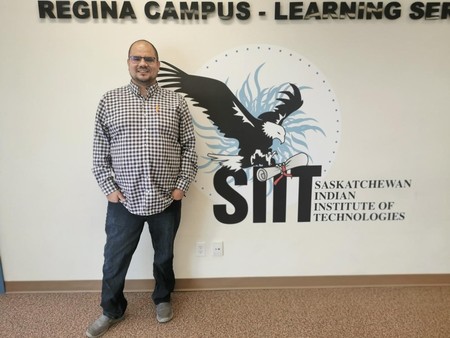 Nikia Pratt had to perform quite the juggling act when he returned to school.

After a 16-year career managing various McDonald’s and Kentucky Fried Chicken (KFC) outlets in Regina, Pratt decided to become a student once again.

The 34-year-old is now in his second and final year of business administration studies at the Regina campus of the Saskatchewan Indian Institute of Technologies.

Pratt, a member of George Gordon First Nation in Saskatchewan, is also thrilled that he was a recent scholarship recipient, part of the Indigenous Scholarship Program, delivered by Inspire. 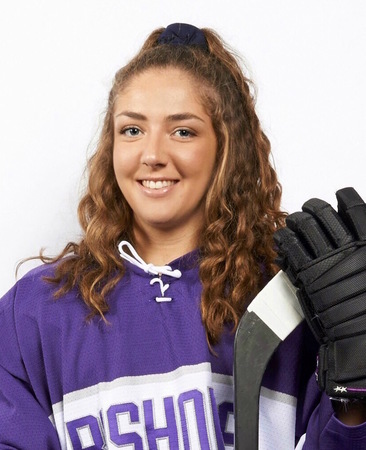 Elise McCormack still has some positive moments from her first year of university even though the ending was not ideal.

McCormack, who hails from Wyevale, a community in Tiny Township in central Ontario, attended Bishop’s University, located in Lennoxville, Que., during the 2019-20 academic year.

Elise McCormack is hoping to continue both her academic and hockey careers at Bishop's University this fall.

Besides taking Business Administration classes, the 18-year-old also suited up for the women’s varsity hockey squad, dubbed the Bishop’s Gaiters, in her freshman year.

Matheson hoping for a return to classes this fall 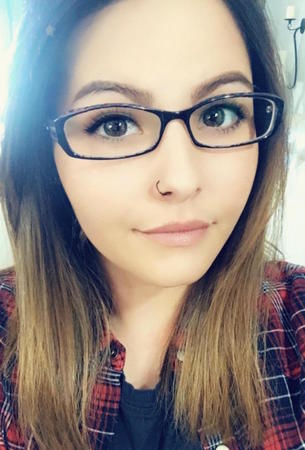 Like countless others, Britney Matheson is hoping for a speedy return to normalcy.

Matheson, a member of Mathias Colomb First Nation in Manitoba, is enrolled in the Natural Resources Management and Technology program at the University College of the North.

Britney Matheson is hoping her hands-on course will continue to be offered during the pandemic.

Matheson is hoping she will be able to travel to her second-year classes this September at the school located in The Pas, Manitoba.

But because of the pandemic and COVID-19 concerns, many schools in North America had already announced in the spring that they would be offering online only courses this fall. 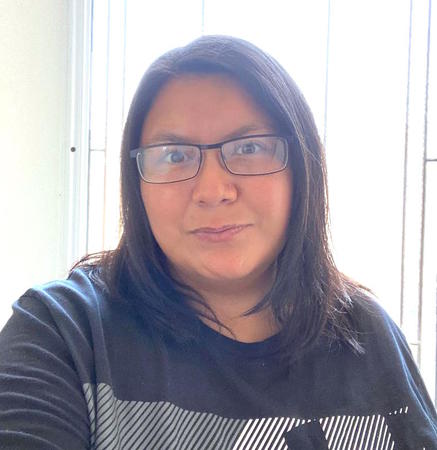 Fredelle Deneyoua would have had a pretty good excuse had she decided to put her schooling on hold this past year.

Deneyoua, a member of Liidiii Kue First Nation in the Northwest Territories, gave birth to her second child, daughter Haley, this past August.

Fredelle Deneyoua returned to her studies mere weeks after giving birth this past August.

Less than a month later, however, Deneyoua was back in the classroom, for her second year of Business Administration studies at Aurora College, located in the Northwest Territories town of Fort Smith.

Scholarship winner hoping for eventual return to her First Nation

Loni Vicaire yearns for a return to her home community.

But for now, Vicaire, a member of Listuguj Mi’gmaq First Nation in Quebec, is not only honing her work skills but also continuing her education in Nova Scotia.

Loni Vicaire is juggling job and family commitments while also working towards a Master's degree from Cape Breton University.

Vicaire, 34, has been working as a policy analyst for the Nova Scotia government in its Office of Aboriginal Affairs for almost four years now. Her work focusses on Treaty Education.

Since last summer, however, Vicaire has also been working towards her Master’s of Business Administration degree, which has a focus on community economic development, through Cape Breton University. 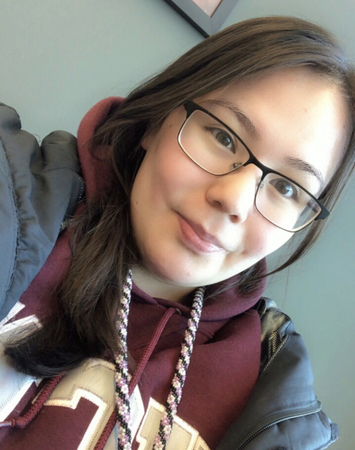 Katelyn Saultier is determined to achieve her goal of becoming an accountant.

Even if it means she has to take a chunk of her courses online.

Saultier, a member of O-Pipon-Na-Piwin Cree Nation in Manitoba, is finishing off her two-year Business Administration program at the University College of the North.

Katelyn Saultier will be returning to the University College of the North this fall in her quest to earn a Business Administration degree.

The school is located in The Pas, Man., an eight-hour drive from Saultier’s community.