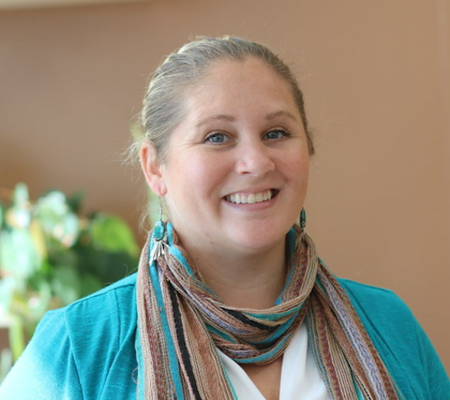 Katherine Rempel is hoping to eventually become a professor.

“I want to teach in the field of Indigenous studies at the university level,” said Rempel, a 34-year-old Metis woman who lives in Winnipeg.  “I think I would enjoy spending my time sharing my knowledge with other students.”

For now, Rempel is content with being a first-year student in the Masters of Development Practice: Indigenous Development at the University of Winnipeg.

Rempel is also one of the four recipients this year of the National Indigenous Economic Education Fund (NIEEF) scholarships. The winners received $2,000 each.

The scholarships are made available through a foundation established via Cando, the national organization which promotes economic development in Indigenous communities across Canada.

Rempel was thrilled to be one of this year’s scholarship winners.

“It actually meant being able to concentrate on my studies and being able to put groceries on the table,” said Rempel, who is also a single mother of a six-year-old daughter.

Rempel, who began her current program in August, said she was seeking various odd jobs she could do at the university to help pay some of her bills when she received word of her scholarship.

Rempel’s young child is one of the main reasons she decided to further her education. The highest level of education she had previously completed was high school.

“I realized I needed to get more education to provide for her,” she said.

For starters, Rempel enrolled at Winnipeg’s Red River College. She graduated with a diploma in Community Economic Development from the college’s School of Indigenous Education in 2020.

Rempel not only graduated with honours but she also captured the gold medal for academic excellence and the Lieutenant Governor’s award.

Though an undergrad degree is usually required to pursue a Master’s degree, Rempel was accepted into her current MDP by completing a qualifying year of graduate courses through the University of Winnipeg.

Rempel was keen to enroll in her current program in order to boost her understanding of sustainable development as well as gender and human rights, not only from an international but also Indigenous approach.

Rempel admits it is challenging being a single mother while also pursuing her university education.

“It’s tough but I’ve built a support network for myself,” she said, adding she receives help when needed from family members and friends.

Rempel added university officials have also been extremely supportive. As proof she mentions the fact when she was unable to secure babysitting at the start of the school year, she was allowed to bring her daughter to the university and have her sit with her during her classes.

Rempel is also involved as a volunteer in various community initiatives.

For example, she is the chair of the River Heights/Fort Rouge Parent-Child Coalition, a group she has been involved with since 2016.

The coalition consists of community members dedicated to seeking funding for organizations and groups that assist those in their early years of development.

Rempel is also the treasurer/secretary for the Winnipeg-based New Horizons Metis Local.