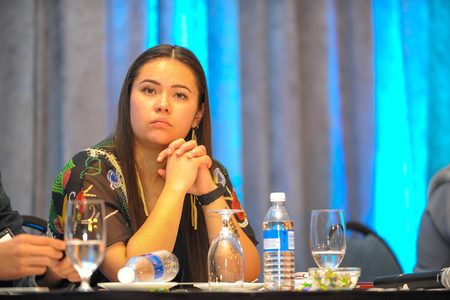 “Experiential education,” as Taylor Behn-Tsakoza calls it, is as important as her formal education.

Behn-Tsakoza, Eh Cho Dene and Dene Tsaa, a member of Fort Nelson First Nation, is enrolled in her fourth year at Mount Royal University in Calgary. She is working toward her Bachelor of Arts in Health and Physical Education with her goal to work with an Indigenous sport organization when she graduates.

Behn-Tsakoza is ensuring her education isn’t all about book-learning. She spent 10 days at the Stoney Nakoda Nation on the land where she learned from members about their history, land governance, culture revitalization and resilience, and took part in cultural ceremonies. In Hawaii, she spent 21 days on the traditional lands of the Kanaka Maoli learning from them their pre-and post-colonization history, activism, land management and protection, and language revitalization.

Perhaps the most exciting adventure Behn-Tsakoza embarked on was the 2017 Rendez-Vous Tall Ship Regatta. She was chosen as one of 45 Indigenous youth Canada-wide to sail across the North Atlantic Ocean from Halifax to Le Havre, France, as part of the "Msit No'Kmaq: AII My Relations Warriors of the Red Road at Sea."

Behn-Tsakoza undertook the role of Ambassador for Hope in order to show “youth in our communities by demonstrating that there is more to life then the reserve and you must leave your comfort zone in order to grow.”

She has also worked hands-on with youth through the Native Ambassador Post-Secondary Initiative in Calgary. The community-based outreach program is designed to motivate and empower Aboriginal youth to become future leaders and to seek the leader within

It is this belief that Behn-Tsakoza would take with her if she is selected for Cando’s National Youth Panel.

“(I want) to use my voice in a respectful but impactful manner,” she said.

“Taylor is an exemplary student, athlete and role model with significant leadership skills in and out of the community,” wrote Renee Lomen, in her nomination letter for Behn-Tsakoza.

Lomen credits Behn-Tsakoza’s “solid foundation” as coming from her traditional ways in the Dene culture.

“I do not know of another youth so eager to learn the ways of lndigenous people and protect the land. Taylor always makes a point to highlight her teachings and cultural pride in all that she does and wherever she travels,” wrote Lomen. 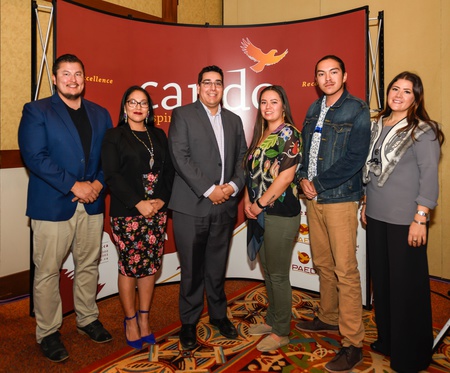