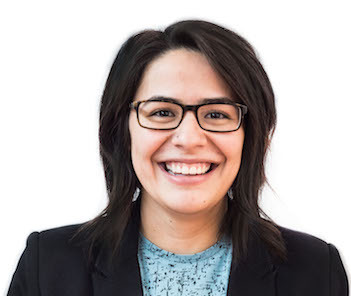 At 26 years of age, Jacquelyn Cardinal received an opportunity very few ever will: she was invited to present to the Standing Senate Committee on Aboriginal Peoples.

“The experience (was) fortifying. Not only because it was a moment that I was able to look up from the day-to-day of running my business and take some time to appreciate that I'm using the talents my ancestors have given me on the path that I've chosen, but also in that I was able to see firsthand that there are other Indigenous youth quietly working away in their corner of Canada towards achieving goals similar to mine. The strength that comes from seeing that I'm not actually alone, though I might feel like I am sometimes, is something that no words can describe,” said Cardinal, who is Sakāwithiniwak from the Sucker Creek Cree First Nation.

Cardinal’s presentation focused on the work her Edmonton-based company Naheyawin does in imagining contemporary treaty relations, the role of new technologies in building those relationships, and the important role youth entrepreneurs will play in the unfolding of the promise of Canada.

It is this experience that Cardinal feels she can bring to Cando’s National Youth Panel.

“I think what is unique about the perspective I've gained from following my passion for technology is that I've found that these new tools have the potential to be truly uniquely valuable for Indigenous peoples if they are used as a means to achieve goals rooted in Indigenous thought, goals, and worldviews. They are not the goal, nor do they actually hold any truths in themselves, just as a hammer or arrowhead does not have inherent truth. This understanding has imbued my actions and perception of myself as a person with a set of skills that are a means to be of service to my community, and I take that role very seriously,” she said.

Cardinal adds that she has been inspired by the “truly great things” past panel members have done.

“Being put forward to potentially serve a similar role in the community is a responsibility I understand, and is one I am always honoured to do my best to uphold,” she said.