Leading the change for economic growth 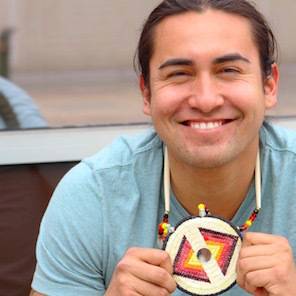 Jacob Crane, 28, has ambition and vision.

After he obtains his Bachelor of Science degree from the Utah Valley University, he plans to return to his home on the Tsuut’ina Nation and run for council “so that I may lead the charge towards international business for my community.”

Initially nominated to council in 2016, Crane withdrew from the election in order to focus on his education, something he is passionate about.

But Crane is no stranger to the workings of his band council. Not only did he successfully lobby Chief and council for a youth program on Tsuut’ina Nation, which he managed, but he also served as the Chief’s assistant for 16 months, attending business meetings for future economic development on the reserve.

Crane’s ambition and vision carry through to what he wants to achieve if he is successful in attaining a position on the Cando National Youth Panel.

“My experience that I will bring to the panel is to focus on getting things done. To show that the impossible can be done and will be done,” he said, adding that it is a “great honour” to be nominated.

Along with running for council, Crane also plans to start more businesses on the southern Alberta First Nation and further his career in the economic development sector. He has a passion for teaching and speaking about entrepreneurship and would like to open his own entrepreneur consulting firm.

Crane says business is a good model for living life and he wants to share that with other Indigenous youth.

“In business things never go according to plan and it can be very disheartening when things just don't pan out for your business so to me finding ways to cope or rebound so that you don't become stuck in a rut is the true key to success,” he said.

Keeping grounded in his culture has also been important to Crane, who has participated in and learned from the Sundance and sweatlodges. He has been a singer, dancer and drummer at pow wows throughout Canada and the United States.