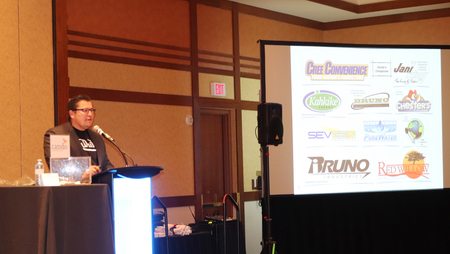 Derek Bruno, former Cando National Youth Panelist, was the keynote speaker on Wednesday night. Derek spoke about his successes and failures as an entrepreneur and business owner. Derek stated that his successes would not have been possible without his failures. He reminded young people to not be afraid of failure - to embrace failure as an opportunity to learn and to apply what has been learned to the next project or idea or business.

Award-winning artist Drezus was on hand to share his story and to rap some of his songs. It included the 2017 MTV Music Video Award-winning song - ' StandUp/Stand N Rock'.