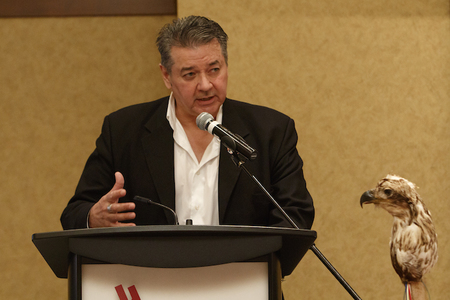 That’s where Cando comes in, he notes. To date, Cando has certified about 400 EDOs, which have placements in about two-thirds of the country’s 633 First Nations.

Access to capital is another issue and can prove to be complicated, says Wanuch. Often times, chief and council are the only ones with money for investment in the community and that means economic development gets tangled up in politics.

“Instead of having the band be the owner of the business, they should set up a model, whether it’s a cooperative or development corporation,” he said, adding that bands are beginning to understand this distinction is necessary.

Capacity is another challenge.

“There needs to be more business training for individuals in the community who want to pursue business,” said Wanuch.

Trading among First Nations isn’t an established pattern, partially because there isn’t a data base that outlines the products and services First Nations can offer each other. And also because of a “mindset.”

“Once people get that mindset that they have something to trade and that the other person at the other end is willing to buy it, then I think they’ll be there,” he said.

Inter-tribal trade will be a main focus at Cando’s national conference this fall in New Brunswick.

Wanuch is in the process of setting up a panel which will look at how First Nations in Canada and Tribes in the United States can move forward with inter-tribal trade. Among the panelists he hopes to include will be those with legal expertise, who can speak on both the Jay Treaty and the North America Free Trade Agreement and how they may impact inter-tribal trade; practitioners that already have free-trade zones (or foreign-trade zones as they are called in the U.S.); and someone from the International Economic Development Council, which represents economic development practitioners around the world.