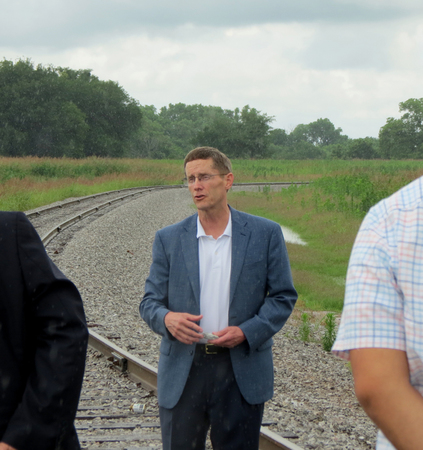 “Just our distribution point is gigantic because we’re in the centre of the country essentially,” said Collard.

Now that the Iron Horse industrial park is site-ready, Collard has begun marketing it to other countries and industries.

But Collard’s marketing plan stretches further than North America. He is also targeting France and the Commonwealth, “primarily close allies that work within the same judicial system” as the U.S. and Canada.

“Foreign-trade zones have been around for 80 years so there’s no legal questions out there. There’s stability, speed and it’s easier to understand,” said Collard.

Attractive industries for CPN are renewable energy companies or companies that build equipment that is environmentally sustainable.

“We, as a tribe, of course, have a strong emphasis on environmental sustainability,” said Collard.

The FTZ also allows CPN to be both landlords and equity partners in companies, if the companies are interested.

“A foreign-trade zone gives us a unique identifier. There aren’t a whole lot of them and very few in Indian Country so that helps us stand apart from all the other industrial parks,” said Collard.

The potential is also there, he adds, for direct links between Iron Horse industrial park and any free-trade zones that may exist on First Nations in Canada.

“It would be simple. We could move trade fast that way. It would be slick,” said Collard.

And it would be one more way for First Nations and Tribes to generate their own income.

“Economic development is about bringing dollars from outside inside and keeping the dollars generated inside from escaping too much,” said Collard. “It’s an exercise in sovereignty to engage in trade.”