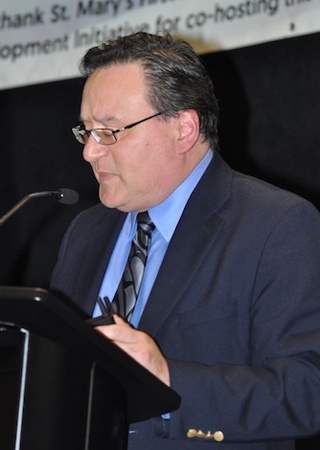 Garnons-Williams describes the Indigenous chapter as “pro-active,” recognizing that Indigenous trade has a place within modern industrial commerce as, in fact, Indigenous peoples were the original traders in North America.

The future of an Indigenous chapter in NAFTA is now in the hands of the tri-national negotiation team, who will be negotiating, bartering, and discussing its different aspects. Because of the role Canada trade negotiators played in helping to develop the Indigenous chapter, Garnons-Williams says they are “highly educated” and can offer rationale and justification on any points that the U.S. or Mexico may need clarified. And while Garnons-Williams and his organization are “definitely an interested party on the sidelines watching with great intent,” they will also be available to offer assistance, feedback, analysis or commentary if asked.

Garnons-Williams says it’s important to understand that although the inclusion of an Indigenous chapter in NAFTA is significant, Indigenous issues and opportunities must also be reflected throughout the entire document, providing opportunity for Indigenous corporations as well.

“These issues affect Indigenous businesses, Indigenous prosperity so there’s naturally a need to have Indigenous people have their input,” he said.

The Indigenous chapter was discussed for the first time during Round 6 of NAFTA talks in Montreal. With the U.S. and Mexico needing to consult domestically, the chapter is scheduled for further discussion in Round 7, slated for Mexico from Feb. 26 to March 6.