Toosey First Nation has an award-winning and growing company 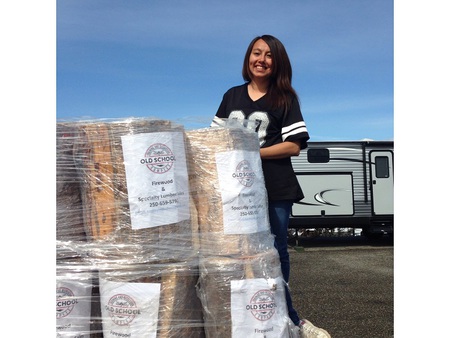 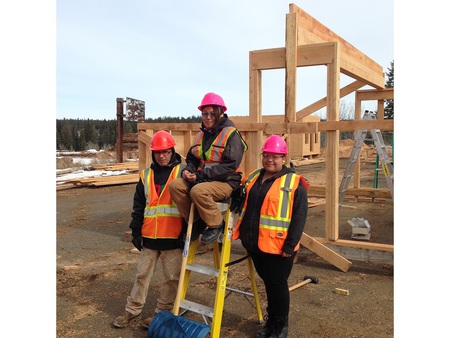 Vern Solomon Jr., Lorna Solomon and Holly Elkins were among those who took part in Toosey's "Let's Build a House" program. 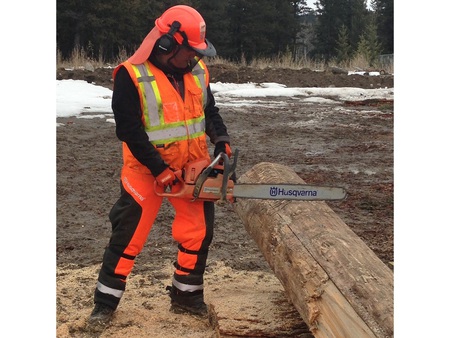 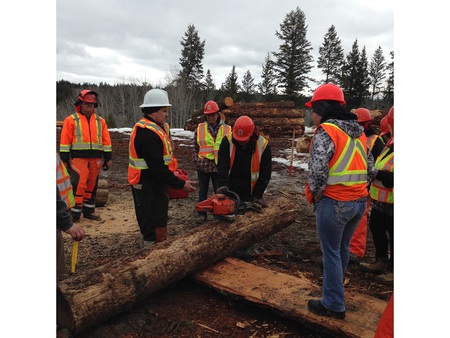 This past fall the Toosey-owned CPE earned some national recognition, winning the 2016 Aboriginal Business Leadership Award. This accolade was presented at the Aboriginal Economic Development Corporation Conference in Banff, Alta.

"They're pretty excited for such a small community. It basically puts them on the map now."

Toosey only has 184 members living on its First Nation. Another 200 members live outside of the community. Kennedy, who was hired by Toosey in 2011, has been one of the instrumental figures in CPE's growth and recent successes.

"When I came in I had a few ideas and they started running with them," he said. At the time of Kennedy's hiring, CPE had 10 employees. It still had five individuals working on its silviculture venture and another five working as a fire fighting crew.

Toosey now has four five-person crews that can be dispatched to battle forest fires. CPE now also has a mobile treatment centre, which includes medics and drivers. They are contracted out to various sites that require medics and an ambulance on location.

The company also has a sawmill division, cutting both small and larger lumber orders. Other CPE employees are helping to build log roads with a bulldozer. And there's also a development and layout crew, whose duties include timber cruising, laying out roads and hanging ribbon.

Dolly Kershaw, the economic opportunities co-ordinator for the Tsilhqot'in National Government which oversees various First Nations including Toosey, is thrilled to see the successes a small community has had.

"It is always great to see any First Nation community succeed," Kershaw said.

"With (Toosey) being a small, rural community it just makes it more exciting to see their economic development advancement while creating opportunity and employment for their members." In his previous job, Kennedy worked for a First Nation that had a Chief and a dozen councillors. But Toosey only has four councillors and its Chief.

"It's a lot easier to get things approved when you have an idea," he said. "We're all working in the same office and we all work well together."

Kennedy and Toosey officials also boast of the fact they were able to purchase an abandoned nearby elementary school in 2014. Thanks to various grants which helped pay for materials and wages for local youth, the facility has been transformed into a training and recreation complex. A tiny house has even been built on the site.

And Kennedy is hoping this will turn into another successful CPE venture where individuals come to the First Nation and enrol in a house building program.

"Our vision is to have it as destination training centre to come in and learn how to build houses," he said.