New CEDI partnership for OKIB and Vernon could focus on tourism, land-use 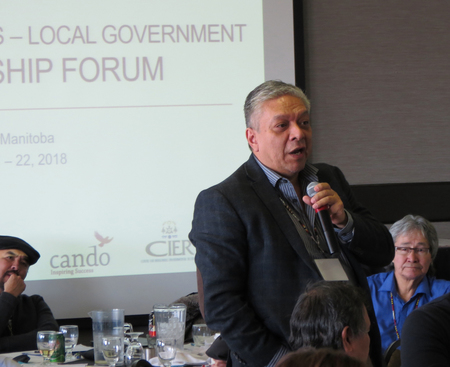 The Okanagan Indian Band (OKIB) and the City of Vernon are excited about what their new partnership through the First Nations-Municipal Community Economic Development Initiative (CEDI) could lead to.

It’s not the first time the two communities have tried working together. In 2002, they signed a Letter of Understanding and they have also participated in community meetings, through the C2C Forum, a funding initiative of First Nations Summit and the Union of BC Municipalities that brings the two councils together once a year over lunch.

But CEDI offers something more. The framework is structured, spread out over three years, and facilitated. Both OKIB Chief Byron Louis and Vernon Mayor Akbal Mund are confident that approach will lead to success.

“It’s allows us to sit down and have a discussion and I think that’s the best point in there, being able to move ahead on certain aspects. I think it’s good in that regard,” said Louis.

CEDI is a national program delivered jointly by the Federation of Canadian Municipalities (FCM) and Cando (the Council for the Advancement of Native Development Officers) to build capacity of First Nation and municipal elected officials and staff to carry out joint planning for community economic development and landuse planning. The CEDI framework sees up to six facilitated workshops over three years, which doesn’t include the monthly meetings that are attended by a handful of elected and senior staff representatives from both OKIB and Vernon, which forms a joint working group.

It’s this longevity and consistency that appeals to Kevin Poole, Manager of Economic Development and Tourism for Vernon and staff member on the working group.

“With the CEDI program there’s an opportunity to go beyond what we’ve done before,” he said, noting past endeavours never resulted in a commitment to enhance the partnershp.

Along with relationship building, workshop preparation and facilitation, CEDI offers expertise and grant funding that provides peer mentorship, capacity building and a study tour of a successful operation or practise that the partners may be interested in.

While the first two workshops are standard for CEDI participants, the next four workshops are tailored to meet the specific needs of the partners, says Marissa Lawrence, senior program officer for the Western Region for Cando.

“Every partnership ends up working on something different from the next,” she said. “We work with the community partners to ensure that their experience with the CEDI process speaks to the particular needs of the partnership.” 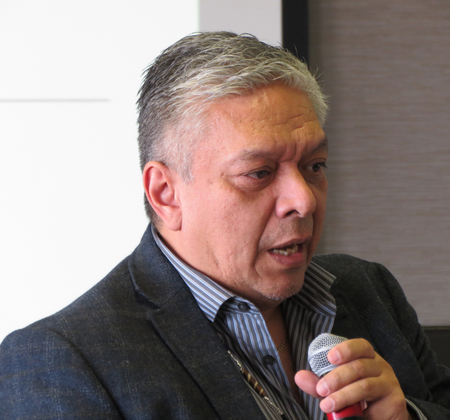 “There’s no limitations as to what you can actually look at or speak about in terms of economic benefit. It’s a good thing,” said Louis.

Possible areas for discussion and collaboration identified by the two communities include joint land-use planning, infrastructure, and tourism, all of which will create joint economic and social benefits.

And along the way, says Poole, understanding and reconciliation also become goals.

“There’s learning on both sides that I think is going to be beneficial … how to enhance the relationships and gain a better understanding,” he said, noting that although he has had a lengthy career in municipal government, he has never worked with a First Nation before.

“We hope that the relationships developed through CEDI are just the beginning of long lasting partnerships. That’s really our intention, to set up a model of meeting and working with one another that far outlasts their time with the CEDI program. We often encourage them to find one or two joint initiatives to plan for anticipating that this is only the beginning of their partnership,” said Lawrence.

The Okanagan Indian Band and the City of Vernon are one of 10 partnerships formed across Canada through the First Nations–Municipal CEDI Phase II (2016-2021).