This event has now ended.
Session recordings and presentation decks are now inlcuded.
Thank you to all speakers, presenters and participants! 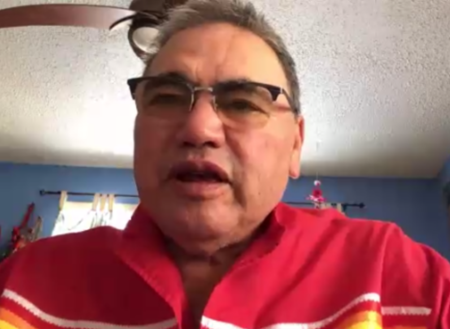 Elder Rick (Patrick) Lightning is an Elder/Mosom from Maskwacis, raised in the traditions of Plains Cree, Nehiyaw. He is a third generation residential school survivor.

Currently Rick is the resident Elder, or Mosom, as he prefers to be called, for the Faculty of Medicine and Dentistry, University of Alberta. 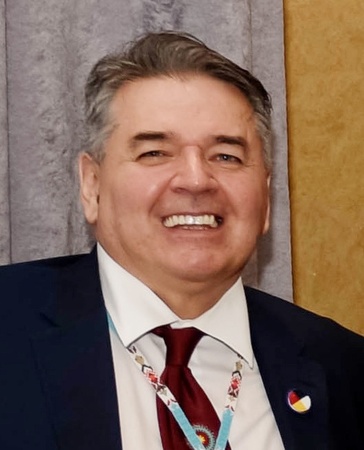 Born in Edmonton, Alberta, raised on the Paddle Prairie Métis Settlement and is of First Nations descent from the Ermineskin Cree Nation. Obtained a Bachelor of Management degree from the University of Lethbridge in 1989; and possesses the Technician and the Professional Level Certification from Cando.

Current Executive Director of Cando, Ray celebrated 17 years in his current position this past May. Prior to working with Cando, Ray was the CEO of Settlement Investment Corporation and currently serves on Settlement Investment Corporation’s board. Then moved on to facilitate and manage the Métis Settlements Economic Viability Strategy, which received international recognition for sustainable development.  Also managed and taught a self-employment program for the Métis Nation of Alberta. Then formed a consulting company with his wife to produce business and community strategic plans. Volunteer work includes being appointed to the Alberta Water Council by the Métis Settlements General Council; as well as serving as the former Cando Co-President and director representing Alberta. Also served on the Kainai health board and currently advises the Changing Horses board of directors. Changing Horses is made up of a core group of medical professionals and friends from the Kainai 1st Nation who wish to address addictions stemming from drug, alcohol, and the current Opioid crisis. Ray has recently joined NGCI, an economic development corporation serving the Ermineskin Cree Nation.

Married to Nola Wanuch from the Enoch Cree Nation, and have three children: Wendell, Natasha and Sydney, and five wonderful grandchildren. 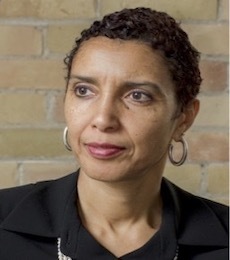 Cassandra Dorrington leads the charge of delivering of programs and processes to promote and facilitate procurement opportunities between major corporations in Canada, and suppliers of all sizes owned and operated by Canadian Aboriginals and Minorities. In her term as President, she has been instrumental in expanding the CAMSC brand across Canada as well as internationally and has significantly grown the supplier base in Canadian marketplace.

As a result of CAMSC’s growing prominence in the business community, Cassandra sits as a member of the Toronto 2015 Diversity Advisory Council and the Toronto Board of Trade Diversity Council, and she has been frequent speaker at seminars and conferences both nationally and internationally. She also is a member of the National Advisory Council for the Office of Small and Medium Enterprises.

When not advocating for Supplier Diversity in Canada, Cassandra advocates for unification of the accounting profession in Canada. A active part of the team to merge the CMA, CA and CGA professions in Canada in 2013, Cassandra has completed her term as Chair of National board of CPA Canada and currently sit as Chair of the Nomination and Governance Committee for both CPA Canada and CMA Canada. She also continues to be active in the Nova Scotia marketplace in her role as Chair for the Black Business Enterprise in Nova Scotia.

In addition to her wide range of experiences in the business world, Cassandra’s community involvement has garnered her Commemorative Medal for the 125th anniversary of Canadian Confederation, the YWCA Woman of Distinction award for Community Service and a 2010 Women of Excellence award. 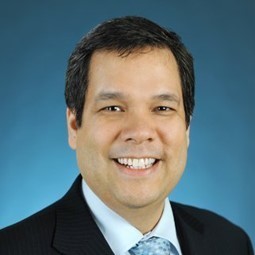 David Acco, the President and CEO, is a Cree-Métis descended from Cumberland House, Saskatchewan, and a member of Métis Nation - Saskatchewan. He is an accomplished senior Business Analyst and Project Manager with an MBA from the University of Ottawa, a Business Analysis Master Certificate from the Schulich School of Business, York University, and a Graduate Certificate in Ecommerce from McGill University. His academic achievements and certifications give only a narrow idea of his talents. He has pushed his boundaries in many fields, from aircraft mechanics, to aerospace, to information technology, and in 2006, to social entrepreneurship, founding Acosys Consulting Services Inc. Mr. Acco has experience leading teams and working independently on projects varying in size and scope. He has extensive experience in Information Systems and Information Technology (IS/IT) in the telecommunications and engineering industries, and with many non-profit Indigenous organizations. These experiences have enabled Mr. Acco to develop comprehensive management strategies to approach a variety of business challenges. 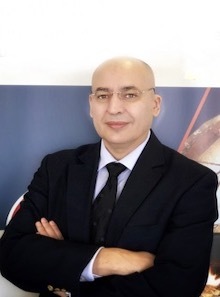 John Giraldez is Director of Business Development at Indigenous Services Canada. His Directorate is responsible for supporting Indigenous businesses through Government of Canada Indigenous procurement policies and programs, the Aboriginal Entrepreneurship Program, and Innovative Solutions Canada.

He was a Director at Policy Horizons Canada, a scanning and foresight organization within the Government of Canada, where he was responsible for the behavioral economics team, gamification, foresight, and experimentation. He also worked at the Canada School of Public Service. Before that, he was a Senior Regulatory Advisor at the Treasury Board of Canada Secretariat (TBS) and the Privy Council Office (PCO). He was part of the Red Tape Reduction Commission Secretariat. At TBS Regulatory Affairs Sector and PCO Regulatory Affairs, he led the development of several major regulatory initiatives including: the Triage Statement, Regulatory Impact Analysis Statement, Performance Measurement and Evaluation Handbook, Cost-Benefit Analysis Guide, the cost-benefit section of the Cabinet Directive on Streamlining Regulation, the Trans-Atlantic Risk Dialogue, the Canada/US/Mexico Regulatory Impact Analysis Forum and the Instrument Choice Framework, as well as reviewing regulatory proposals as a subject matter expert. He also worked for years at the Regulatory Affairs group of the Canadian Food Inspection Agency (CFIA) as an economist and was responsible for leading cost-benefit analysis across the CFIA.

In 1996, he joined the Government of Canada as an economist and was responsible for developing and running econometric models of the agriculture sector and developing environmental policies. Before joining the Government of Canada, he was a Research Associate (economist) at the University of Guelph and a Management Consultant with Deloitte & Touche. John obtained his M.Sc. from the University of Guelph and his B.SC. for McGill University. 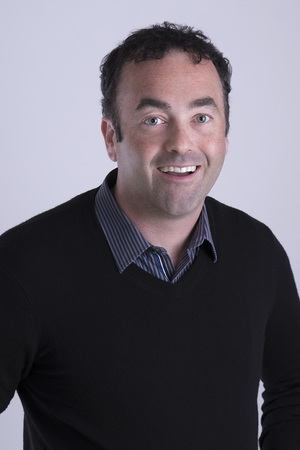 John is based in Victoria, BC, and he provides engagement support to the Procurement Assistance Canada (formerly Office of Small and Medium Enterprises) at Public Services and Procurement Canada (PSPC).  John’s goal is to ensure that the Indigenous business community and support organizations have the opportunity to actively patriciate in federal procurement.

From general guidance to business-specific information, John and his team help businesses navigate the government contracting process utilizing his 22 years of experience with the federal government. 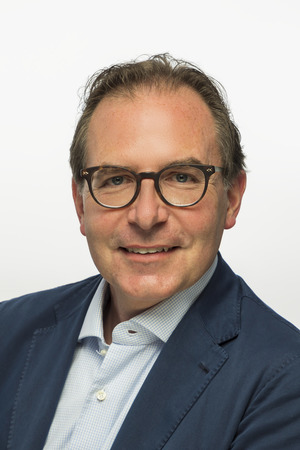 Daniel joined Procurement Assistance Canada (formerly Office of Small and Medium Enterprises) at Public Services and Procurement Canada (PSPC) in the Pacific Region in September 2014. In addition to his work as Policy Analyst, Business Engagement, within the Office of Small and Medium Enterprises, Daniel brings a wealth of experience, including over 15 years of global purchasing and marketing experience.

Daniel has been involved in procurement performance improvement projects, e-commerce and SAP implementations for a global player in the chemical industry in Switzerland.

Daniel holds a Bachelor of Commerce (B.Com) from Royal Roads University and an Executive MBA from the Richard Ivey School of Business/Western University. Daniel is a Certified Agile Leader with the Scrum Alliance. 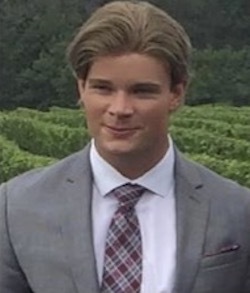 Shaymus McFadden is a Principal Consultant in Acosys’ Business Consulting Practice. He is a proven, decisive, insightful and data driven strategist offering six years of experience advising senior leadership teams, influencing organizational direction, and leading transformative projects for Indigenous governments, entities, and businesses. He has recently delivered strategic plans for a federal Indigenous organization and a Cree community in Quebec. Currently, Shaymus is leading the development of an Indigenous engagement strategy for a large, global consultancy.

Prior to joining Acosys, Shaymus was a Regional Lead for the Indigenous Consulting Practice at MNP, Canada’s fifth largest Advisory and Accounting Firm. During that time, he worked on a vast array of consulting engagements including, economic development strategies, strategic plans, feasibility analyses, business plans, due diligence, and joint venture structuring. During his time at MNP, Shaymus played an instrumental part in leading the development of its National Indigenous Strategy.

Shaymus obtained his Bachelor of Commerce from the John Molson School of Business at Concordia University. He attained a double major in Finance and Economics, while competing in business strategy competitions nationally and being a member of varsity football team. 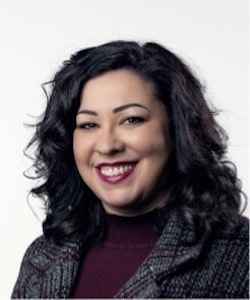 Opportunity and hope are synonymous to Julie Ann Wriston. She has witnessed the impact that culturally relevant economic development has on regions, communities, and individuals. With a passion for Indigenous engagement and community economic development, Julie Ann has worked throughout Saskatchewan and beyond creating, planning for and connecting good businesses that contribute to economic strength and prosperity.

Her background includes working with industry, communities, companies, and entrepreneurs to cultivate business growth and stimulate economic reconciliation. Julie Ann has worn many hats in this space that ranges from procurement, communications, consultation, human resources, governance, and executive level leadership. She currently leads Supply Chain Equity Diversity and Inclusion as a Manager with Nutrient’s Potash operations.

Julie Ann is a multi-term board member for a Crown corporation and volunteers in this capacity for various organizations in her community.  She is a graduate of the Institute of Corporate Directors with professional director certification (ICD.D), providing her with a depth of knowledge that supports setting the tone at the top in a good way.

As a proud Métis mother of two inspiring kids, Julie Ann has a vested interest in contributing to a healthy, sustainable community that provides an environment where opportunity and hope can thrive. 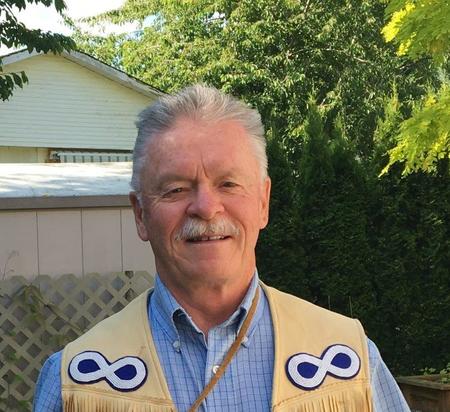 Tim is of Métis ancestry and is a semi-retired federal public service executive.  He joined Procurement Assistance Canada (PAC) Team as a Casual employee in January 2021.  His role is to assist with the Indigenous Engagement Strategy which is designed to facilitate Indigenous businesses gain greater access and success with Government of Canada procurement opportunities.

Tim has over thirty five years of progressive senior management/executive experience in the provincial and federal public sectors as well as in the Indigenous government sector. This experience includes extensive experience in providing advice and assistance in the development, analysis, and evaluation of various types of legislation, regulations, programs and policies most of which has been related to Indigenous community, economic, business and labour market and skills development. He has served on the boards of two very successful Aboriginal Capital Corporations at the Chairperson and Executive Committee levels. Tim is also a former Associate faculty member of the Canadian School of Public Service where he facilitated courses in the Indigenous Learning series.

Tim holds a Bachelor of Administration degree from the University of Regina and a Professional Aboriginal Economic Developer designation from Cando.

He and his wife, Donna, live in Ladysmith, BC where they enjoy golf, hiking, being out on their boat and being with their grandchildren. 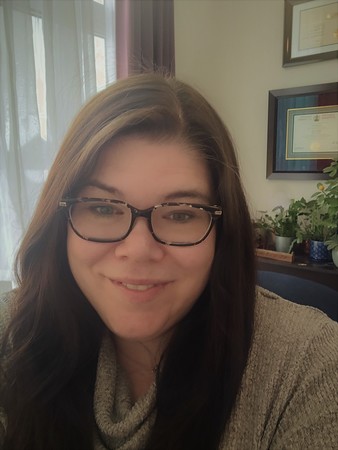 Based in Ottawa, ON, Erin leads a team of procurement professionals who purchase goods and services pursuant to the Oceans Protection Plan. Erin and her team have developed the National Procurement Strategy to Address Wrecked, Abandoned or Hazardous Vessels, under which they are working to create procurement tools (Supply Arrangements) that are designed to make it easier for Indigenous businesses to secure work as prime contractors and/or subcontractors.

Erin has a Bachelor of Arts from the University of Ottawa, where her studies focused on organizational communications. Her 20+ year career in procurement has been spent in both the private and public sectors: she joined the federal government in 2008 and worked in various positions in defence procurement before taking her current role. In her spare time, Erin is an active volunteer as a member of the JLA Concussion Priority Setting Partnership Steering Group.

Register in advance for this event:
https://us06web.zoom.us/meeting/register/tZUpdeirqzovG9w87OeBW2PY8J1PCo9i7J0S