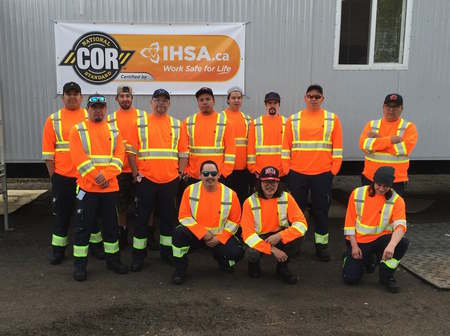 Working well with others can indeed pay off. Just ask officials from Supercom Industries.

Back in 2016 six First Nations, situated in northwestern Ontario along the shores of Lake Superior, hooked up to establish a business partnership dubbed Supercom Industries.

The work Supercom has been doing has not been going unnoticed. In fact, Supercom was one of the two finalists for this year’s Indigenous Private Sector Business award, which was up for grabs at this year’s Cando Conference.

Cando is the national organization that promotes economic development in Indigenous communities across Canada.

Buck’s Auto Parts, located on the Kitigan Zibi Anishinabeg First Nation in Quebec, was the other finalist in the Indigenous Private Sector Business category.

Also being contested at this year’s conference were awards in the Community of the Year and Economic Development Officer of the Year categories.
All six of the finalists were allowed to make a presentation, up to a maximum of 20 minutes, heralding their feats. Conference delegates who attended the presentations were then given a ballot and were able to vote on those they felt were most worthy of winning their categories.

Buck’s Auto Parts ended up being declared the winner in the Indigenous Private Sector Business grouping.

“It was an awesome event,” he said of this year’s 26th annual Cando Conference. “It was great going across and talking to people about the things we’ve done and the things we’re planning to do.”

The six First Nations that comprise Supercom are situated along the route of the East-West Tie, a massive transmission project that will connect lines between Thunder Bay and Wawa.

The project began earlier this fall.

“We continue to ramp up the project,” Starr said. “We’re only at 30 per cent of capacity of where we want to be.”

Peter Collins, the Chief of the Fort William First Nation, joined Starr at the Cando Conference and helped with the Supercom presentation.

The East-West Tie is expected to take two and a half years to complete. There is a mandate to complete the project by 2021.

A total of 175 people, all from one of the six First Nations that Supercom is comprised of, have already been hired to work on the project.

“You’re looking at creating generational change through this project,” Starr said, adding instead of just creating jobs Supercom officials are hoping they establish long-lasting careers for members of the various First Nations.

To this end, Supercom undertook a $9.3 million employment and training plan in 2017, to assist those looking to improve their skills in order to eventually work on the East-West Tie project.

More than 300 individuals, the majority of them Indigenous, took part in the training and employment program. Many of those in the training program are now working on the East-West Tie in various capacities.

Supercom officials are hoping they will line up additional initiatives in the future, thus keeping its employees working after the East-West Tie is completed.

Besides hoping to drum up some additional work, Supercom officials are also hoping to inspire other First Nations to work with their Indigenous communities and perhaps even form their own business partnerships.