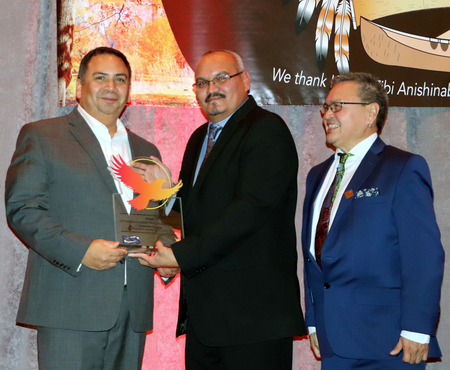 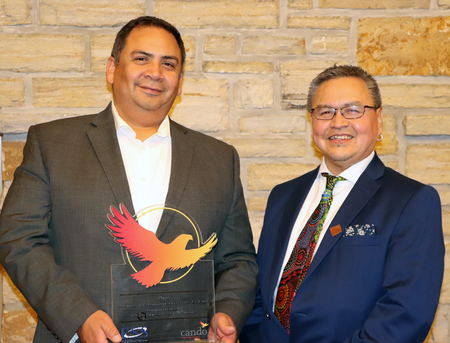 “We’re just a little band that could,” said Paul Donald, a director of the Simpcw Resources Group (SRG), the business arm of the First Nation based in British Columbia.

Primarily because of SRG efforts, the Simpcw First Nation was selected as the Community of the Year at this year’s Cando Conference.

Cando is the organization that promotes economic development in Indigenous communities throughout Canada.

This marked the 26th year of the Cando Conference, which rotates to various cities across the country.

The most recent conference was staged Oct. 27-30 in Gatineau, Que.

Simpcw was one of two communities that had been previously named as a finalist for the Cando award.

The Kingsclear First Nation in New Brunswick was the other finalist.

Cando also handed out some hardware in the Economic Development Officer of the Year and Indigenous Private Sector Business categories at a ceremony, held on the final night of the conference.

All six finalists in the three award categories were allotted 20 minutes to make a presentation. Conference delegates then voted on those they felt deserved to win.

“This is a community award,” Donald said, moments after it was announced Simpcw had won its category. “There are so many people that mark the success of our community.”

And it’s not just those leading the First Nation.

“This award is because of the chief and council, the (SRG) board of directors and also all of our crews that work,” he said.

The SRG was established in 2011, originally operating out of a basement office on the First Nation. When it first began SRG had three employees, who focused on forestry management and logging opportunities.

Fast forward to the present and SRG has its own office space and about 100 employees working in a number of industries. Services SRG offers include those in environmental, archaeological, pipeline maintenance, site rehabilitation, road building and maintenance and security.

SRG has also turned into a business that can provide stable jobs for many of the Simpcw First Nation members.

“It’s gone from being seasonal work in construction to a year-round career for people,” Dorey said.

The Simpcw First Nation currently has about 700 members. Less than half live on the First Nation, in the community of Chu Chua.

Donald is hoping SRG’s efforts will help bring more of its members home to live on the First Nation.

“I think what we’re doing is ensuring long-term prosperity,” he said.

Recent financial figures indicate SRG is on track to achieve that.

During the 2018-19 fiscal year, it registered $4.5 million in profits from the slightly more than $18.6 million in revenue it brought in.

These figures were significantly higher than just one year earlier. During the 2017-18 year, SRG had about $13.4 million in revenue and made a profit of $2.35 million.

“We just want to keep building our business,” Donald said. “We’re not done. We’ve got big aspirations and we want to keep working on our strategic plan.”

Donald added SRG officials have succeeded in part because their cultural knowledge hinders them from doing things that would harm the First Nation. When the business was being formed planning sessions included developing guiding principles.

“We want to make money,” he said. “But the preservation of our Simpcw culture and heritage is one of our guiding principles.”

For Donald this year marked the ninth time he has attended the Cando Conference.

He was especially impressed with a panel focusing on international trade.

“Maybe we’re not thinking big enough,” he said of his own First Nation’s plans.

But obviously big enough at this point to be recognized as Cando’s top community for 2019. 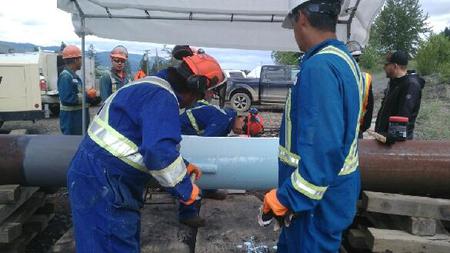