EDO pleased with her First Nation’s moment in national spotlight 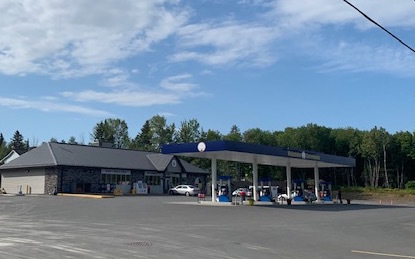 Sydney Paul once again found herself in the national spotlight.

Back in 2011 Paul had been one of the individuals named to the National Youth Panel for the Cando Conference held in Richmond, B.C.

That same year Paul was also recognized at the conference for being one of the recipients of a National Indigenous Economic Education Foundation scholarship.

As for this year Paul was once again on stage at the Cando Conference. This year’s event, which was held in Gatineau, Que., ran from Oct. 27-30.

Paul is now in her third year as working as the Economic Development Officer for the Kingsclear First Nation in New Brunswick.

Paul attended the Gatineau conference as she made a presentation on behalf of Kingsclear, which was one of the finalists for Cando’s Community of the Year award.

The other finalist, however, Simpcw First Nation, based in B.C., ended up winning the Cando award.

“The fact we were even acknowledged on a national scale is a tremendous accomplishment,” Paul said, shortly after it was announced Simpcw First Nation was the category winner. “It feels great. It was an honour to be able to present here in front of Canada.”
Categories were also contested in the Economic Development Officer of the Year and Indigenous Private Sector Business categories.

Two finalists in each of the categories made presentations during the last day of this year’s conference, held at the Hilton Lac-Leamy.

Delegates attending the conference were then given a ballot and allowed to vote for those they felt were most deserving of winning in each category.

“We’re only going to keep growing as a community,” she said.

Paul praised her First Nation’s leaders for getting Kingsclear into the national spotlight.

“Our leadership takes a lot of pride in the projects we move forward,” she said.

The Kingsclear First Nation has about 1,100 members. About 800 of these members live on the First Nation.

Paul believes one of the reasons Kingsclear had been nominated for the Cando award is the fact its leaders are willing to listen, learn and share with others.

“What we do is we look at other communities – how they are doing and what they are doing to move things forward,” she said. “We all learn from each other by exchanging best practices.”

Paul began working for her First Nation as a youth prevention worker after earning her Business degree from the University of New Brunswick. Before becoming its EDO, Paul also worked as the Kingsclear band manager.

A project Paul as well other Kingsclear representatives have been keenly following is the announcement the province will be doing something significantly with the nearby Mactaquac Dam, which generates about one-fifth of New Brunswick’s power demands.

Options include building a new dam, refurbishing the old one or simply decommissioning the existing dam. All three choices would provide significant opportunities for Kingsclear First Nation.

Kingsclear has also been benefitting from the fact its convenience store, Wulastukw Convenience, relocated to its present location adjacent to New Brunswick’s Route 102 highway, in July of 2017. A new gas bar and a gaming centre at the location have added to the community’s revenues.

Paul added Kingsclear officials are more than willing to co-operate with others in the hopes the First Nation will be able to increase its economic development.

“We’re open to partnerships with other communities,” she said.