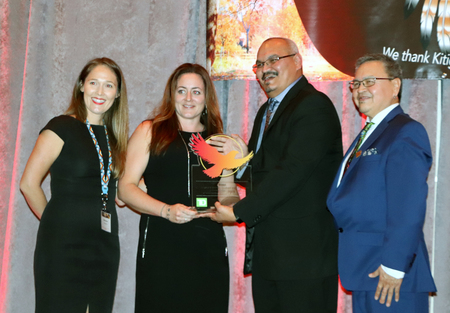 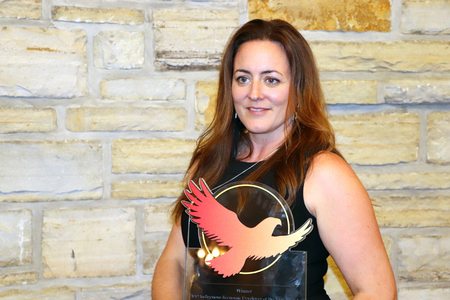 If you spend just a few moments chatting with Katie Young-Haddlesey chances are it won’t be long before she starts praising co-workers or the importance of working well with other partners.

That’s even when it is Young-Haddlesey herself who is being singled out for recognition.

Such was the case on Oct. 30 when Young-Haddlesey was announced as the winner of the Economic Development Officer of the Year Award at the Cando Conference, which was staged in Gatineau, Que.

Cando is an organization that promotes economic development in Indigenous communities across Canada.

For the past three years Young-Haddlesey has been working as the EDO of the Curve Lake First Nation in Ontario.

As expected, Young-Haddlesey was pleased to win the award. But she also quickly deflected praise towards her.

“It’s a true sense of accomplishment,” she said. “Somebody told me that during my presentation I said ‘We, we, we’ too often. But I truly feel it is a team effort.”

Young-Haddlesey came to the conference already knowing she was one of two finalists in her category vying for a national award.

Byron Gourley, who works for the Metepenagiag Mi’kmaq Nation in New Brunswick, was the other finalist in the EDO of the Year category.

There were also two finalists in both the Community of the Year and Indigenous Private Sector Business categories.

All finalists were allotted 20 minutes to make a presentation during the fourth and final day of the conference, staged at the Hilton Lac-Leamy.

Delegates who attended the 26th annual conference were then allowed to vote on those they felt made the best presentation.

Winners were announced at a conference-closing dinner ceremony.

Young-Haddlesey admitted being in the national spotlight did bring out some unexpected nerves.

“I’m not a person who gets nervous,” she said. “But I was extremely nervous, especially in the morning (when I made my presentation).”

Young-Haddlesey did on a couple of occasions mention this was also the friendliest competition she had ever been in. That’s because she quickly bonded with Gourley, an individual she had not met prior to the conference.

“It made it a fun experience,” she said of her instant connection with Gourley.

Before becoming Curve Lake’s EDO, Young-Haddlesey had done some work for the First Nation through her private consulting company, Affinity Strategic Communications.

Her resume also includes a 13-year stint working for the group now known as the Peterborough & the Kawarthas Economic Development.

Young-Haddlesey had also worked a couple of years for the company responsible for business development at the Peterborough Municipal Airport.

As for her work with the Curve Lake First Nation, one of Young-Haddlesey’s most notable projects has been overseeing the creation of a new 20,000-square foot commercial centre.

Construction on this facility is expected to begin next spring.

The current business centre on the First Nation will also be upgraded in order to attract new tenants.

“Our First Nation is recognizing the importance to move forward,” Young-Haddlesey said. “Part of that is building relationships. The last three years I’ve been working towards that.” 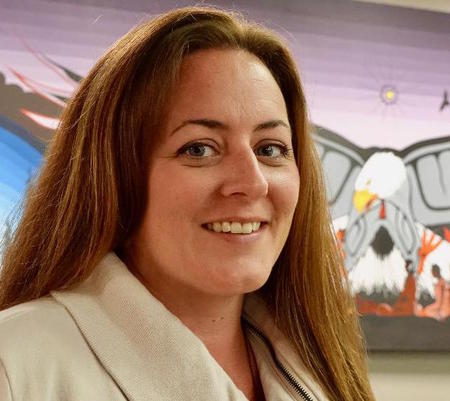 Young-Haddlesey also believes her cultural knowledge has proven to be a vital part of her success.
“I work every day to better understand the history and culture in our community,” she said. “I believe that we can only do our jobs well if we can understand the events of the past that have brought each of our community members to where they are now. We can only help if we approach each case from a place of understanding.”

Young-Haddlesey’s EDO of the Year award signified the first time in her work career that she was singled out.

“I’ve won marketing awards with a team,” she said. “But I’ve never won an individual award before.”

As is her nature, Young-Haddlesey also credited others.

“I’m very proud of my staff,” she said. “We have a really good team. I don’t pretend that I can do anything without those people at the table with me.”