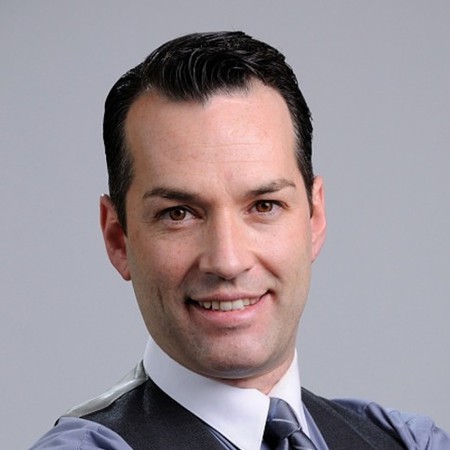 Byron Gourley was able to make a bit of history.

Gourley, who is the Economic Development Officer for the Metepenagiag Mi’kmaq Nation in New Brunswick, was in the running for a national award.

He was one of two finalists for the Cando EDO of the Year award this year.

But it was the other finalist, Katie Young-Haddlesey, from the Curve Lake First Nation in Ontario, who ended up winning the Cando EDO of the Year prize.

The winner was announced at a dinner ceremony, which was held on the final night of this year’s conference.

The four-day event, which ran Oct. 27-30, was staged at the Hilton Lac-Leamy in Gatineau, Que.

The conference included presentations from each of the six finalists in the three award categories.

Each finalist was given a maximum of 20 minutes to make a presentation. The conference attracted 330 delegates.

Those who listened to the presentations were given a ballot to vote on those they felt were most deserving to win in each category.

“I only lost by four votes,” Gourley said.

He also said he was encouraged by the fact five chiefs from across the country came up to him afterwards and told him they had enjoyed his presentation and that they had voted for him.

Though he did not know Young-Haddlesey prior to this year’s conference, the two spent a considerable amount of time together.

“I got to really like what she’s doing for her First Nation,” he said.

Gourley also had the opportunity meet a handful of Young-Haddlesey’s relatives who showed up for the awards ceremony.

“I got to meet her family members that were there,” he said. “They’re all great people.”

For Gourley, this marked the third time he had attended the Cando Conference. He took in as many workshops and panels as he could.

“I say knowledge is power,” he said.

Gourley’s First Nation is the one benefitting from his knowledge now. And that’s because he kept good on one of his promises.

About a half dozen years ago Gourley had promised then chief Freeman Ward that he would one day return and work for his First Nation.

“I gave him my word I would help our First Nation work forward in economic development,” Gourley said.

Though Ward died in 2016, Gourley, who was working as an executive assistant for Indigenous and Northern Affairs Canada, returned home to work for his First Nation the following year.

“My contract was up and my chief scooped me up right away,” said Gourley, whose previous jobs included providing online banking support for the Royal Bank of Canada and technical software support for AOL Canada.

Though he’s only been employed by his First Nation for a couple of years now, Gourley is thoroughly enjoying his work.

“It’s very gratifying I get to do this,” he said. “It’s such an honour to get them to respond to your ideas. They take everything into consideration. Fortunately, I haven’t had a bad review where they’ve said no thanks to any of my ideas.”

Gourley’s recent efforts have included working on land his First Nation recently purchased in Moncton. The plan is to convert that land and use it for economic development.