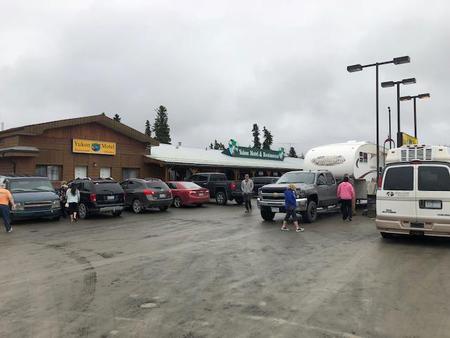 The Yukon Motel and Restaurant, a multi-faceted business, has been run the past dozen years in the community of Teslin by the Kremer family.

A dozen years ago Juanita Kremer was working as a conservation officer while trying to raise three children young children in addition to being pregnant again.

An opportunity then arose which would not only drastically change her work career but that of her husband’s as well.

Steve Kremer, a carpenter, had done his share of work at the Yukon Motel and Restaurant, located in the community of Teslin.

An elderly German man who owned the business approached the Kremers as he was looking to sell.

“He handpicked us to take it over,” said Juanita Kremer, a member of the Teslin Tlingit Council. “And then he stuck around for a bit to help us manage it.” 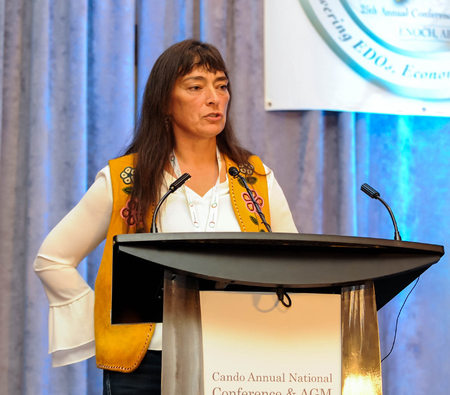 The Kremers have now received some national recognition for the work they have done with their business.

The Yukon Motel and Restaurant was selected as the winner in the Aboriginal Private Sector Business award category at the recent Cando Conference.

The four-day conference, which was held in Enoch, Alta., was organized by Cando, the organization which promotes Indigenous economic development across Canada.

Juanita Kremer made a presentation at the conference, which concluded on Oct. 25, about her family’s business. Conference delegates then voted on the most deserving winner in three categories.

Community of the year and economic development officer of the year categories were also contested.

“It’s slightly overwhelming,” Kremer said. “I didn’t recognize the scope of this nomination.” To be recognized nationally is mindblowing.

The previous owner had allowed the Kremers to pay him directly in installments for the property. It took more than nine years but they are now debt free having paid off their $1.4 million loan for the business. 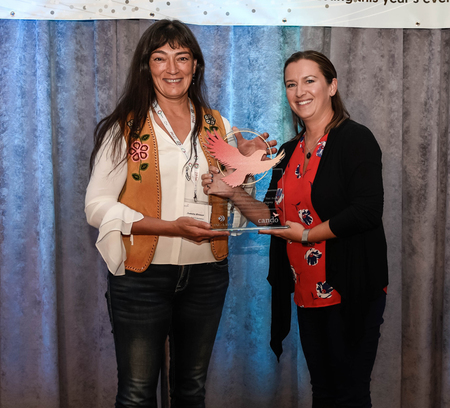 Juanita Kremer admits she had some concerns whether she was making the right decision to switch careers.

“Fish and wildlife is a difficult job,” she said. “And you work a lot of evenings and weekends. This was completely different for me but it was a good fit.”

One of the Kremers’ accomplishments is turning their business into a 24-7 operation. The business, which was previously open 15 hours a day, includes a licensed restaurant with 63 seats, 10 motel rooms and two log homes which are rented out.

There’s also a station offering both gas and diesel and an RV pak with 65 hookup sites.

The business also includes a wildlife gallery and gift shop and a Canada Post depot.

The Yukon Motel and Restaurant is one of Teslin’s largest employers. During the busy summer months the business employs 22 people. And during the winter months there are 10-12 employees.

All four of the Kremer children, whose ages range from 12-18, have worked at the business. The eldest is now away as she is a first-year student at Toronto’s Ryerson University.

The facility, about 60 years old, will soon need some renovations.

“It’s a beautiful business,” Juanita Kremer said. “I don’t want to change it so much that it changes the feel of the business.”

Besides winning a national award, another positive for Kremer from attending the Cando Conference was the networking she was able to do.

She met various Indigenous people from across Canada who are involved in banking and expressed interest in working together should the Kremers require funds to expand or renovate. And she also met another individual who would be able to assist with Indigenous staffing requirements if need be.

Before deciding whether to renovate or to expand operations at the Yukon Motel and Restaurant, Kremer is waiting to see what the government will do with a nearby bridge, which requires updating.

“What they do will have a direct effect on our business,” she said.

Kremer had nothing but praise for the Cando Conference.