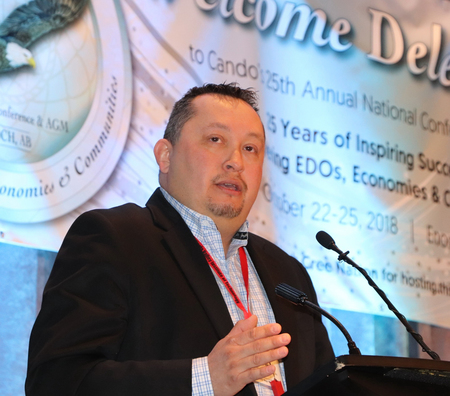 Tom Many Heads, the CEO of the Siksika Resource Development Ltd., is one of this year's nominees for the Cando economic development officer of the year.

Since becoming the CEO of the Siksika Resource Development Ltd. (SRDL) in 2010, Tom Many Heads has played an instrumental role with various business ventures on his First Nation.

The SRDL promotes all investments and economic developments for Alberta’s Siksika Nation.

The SRDL has been a part in a number of success stories in recent years with various businesses that have popped up on its First Nation.

And there are no plans to slow down.

In fact, officials with the SDRL are going full steam ahead with their plans to have the Siksika Nation become the first First Nation in Canada to have a medical marijuana production facility on its own land.

Many Heads said the SDRL has already secured what he calls a “pre-licensing authorization letter” from Health Canada.

The plan is to have a 25,000-square foot facility fully operational on the Siksika Nation by some point in 2019 or at the latest the following year. Construction is expected to begin soon.

“I’d love to see it start this fall,” Many Heads said. “But we’re probably looking at some point in the winter.” 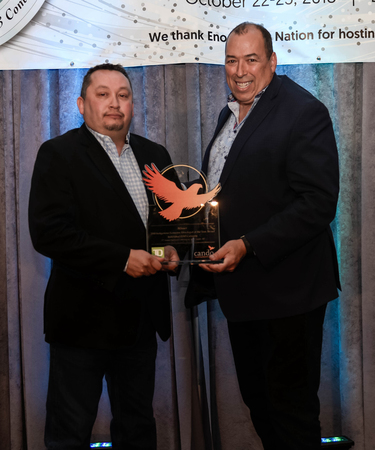 The production facility would undoubtedly employ a number of Siksika Nation members. Plus Many Heads believes producing medical marijuana on his First Nation would help somewhat with the massive opioid crisis occurring throughout the country.

“There is a lot of potential for economic and health benefits for our own involvement in terms of what cannabis can do in positive ways,” he said.

For his various ventures with the SDRL, Many Heads has received some national recognition. He was selected as the economic development officer of the year at the Cando Conference, which concluded on Oct. 25 in Enoch, Alta.

Heading into the conference, Many Heads had already been picked as one of the two finalists for his category.

The two finalists in each category were given the opportunity to make a presentation in front of all delegates at the conference. The annual event attracted about 450 delegates this year.

The Siksika Nation had also been nominated in the community of the year category this year. But it was not one of the two finalists that advanced to the Cando Conference.

Under Many Heads’ leadership, some brand name businesses have recently opened on the Siksika Nation. These include a Petro Canada, which opened in December of 2016 and has exceeded expectations with more than $6 million in sales, as well as a Subway, which has been open since June of 2017.

The SRDL has also entered the hospitality business as it has formed partnerships with various hotels. Earlier this year it announced it was buying into three British Columbia-based hotels.

The SRDL will also have a 50 per cent equity partnership with hotels that were expected to in Calgary and Edmonton.

“On the whole we believe we’re making good progress,” Many Heads said of all SDRL activities. “And the community is behind it.”

Many Heads is obviously thrilled the Siksika Nation is making some positive headlines.

In recent years the First Nation has been in the news for all the wrong reasons, including murder, drug activity and violence.

As is evident with Many Heads’ recognition of a Cando award, hard work though appears to be paying off for the SRDL.

“Actions speak louder than words,” Many Heads said. “But we’re still a work in progress.”