Siksika Nation finds business partners outside its own borders 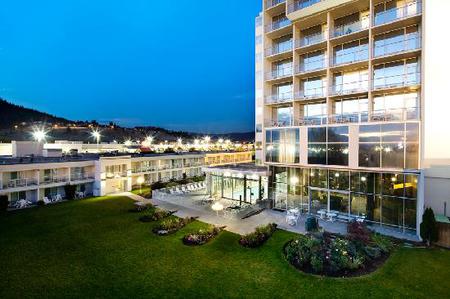 The Siksika Resource Development Ltd. now has a number of investment partnership deals with hotels including this one located in Kelowna, B.C.

It often pays to think outside of the box.

Or in the case of officials from Alberta’s Siksika Nation, outside their own borders.

Those in charge of the Siksika Resource Development Ltd. (SRDL), which promotes all economic development and investment for the First Nation, are earning praise these days for some of their business ventures outside of the community.

Tom Many Heads, who has served as the CEO of the SRDL since 2010, said his organization wants to continue to assist existing and new business ventures on the Siksika Nation. But it has broadened its horizons to partner with others outside of the community.

“We believe that’s where we going to make our biggest returns,” Many Heads said of investment projects located outside of the Siksika Nation boundaries.

Earlier this year it was announced that the SRDL had bought minority interest (42.5 per cent) in three British Columbia-based hotels owned by the Pomeroy Lodging LP.

The SRDL bought into existing hotels located in Kelowna and Fort St. John and another one which is expected to open its doors this October in Prince George.

In part for the progressive thinking from those who run SRDL affairs, the Siksika Nation is one of this year’s Cando nominees for community of the year.

Cando, the national organization that promotes Indigenous economic development, annually also recognizes those in the economic development officer of the year and Aboriginal Private Sector Business categories.
All 2018 winners will be announced at the Cando Conference, set for Oct. 22-25 in Enoch, Alta.

Many Heads believes it’s rather logical for the SRDL to be investing in projects that are not necessarily on the Siksika Nation.

“On the whole we believe we are making good progress,” he said. “And the community is behind it.”
Many Heads added the thought of the SRDL buying interest into various hotels, not only in Alberta but in other provinces as well, first surfaced a couple of years ago.

“We wanted to look at potential hospitality partners to see who was willing to partner with us,” he said.