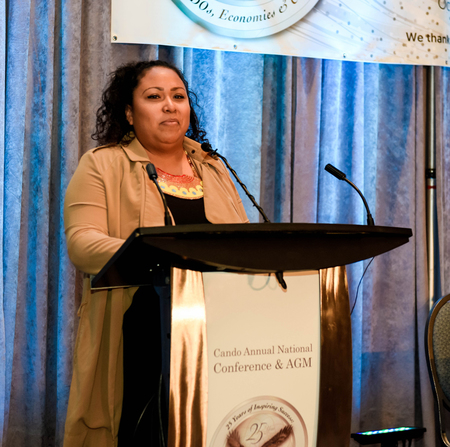 Melrene Savoy-Eaglespeaker left behind her retail management job to start up her own Indigenous-themed business, Native Diva Creations.

Five years ago the Calgary resident, who is a member of Alberta’s Blood Tribe, decided to abandon her retail management career in order to start up her own business.

Saloy-Eaglespeaker was inspired to work for herself after participating in the entrepreneur symposium in Morley, a First Nations settlement within the Stoney Nakoda Nation.

“After that symposium a week later I went to work and gave them my keys,” said Saloy-Eaglespeaker, who had worked either in retail or retail management for 13 years.

She started up her business called Native Diva Creations. Products she makes in her thriving home-based business include Indigenous earrings, necklaces, body jewellery, hats and jackets. 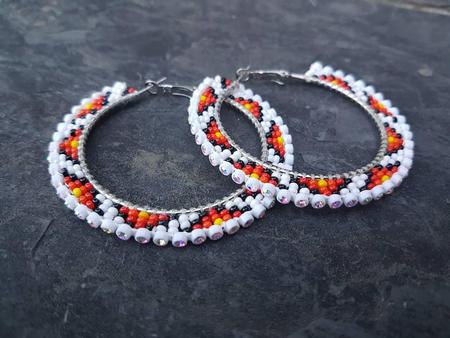 Indigenous-themed earrings are a huge seller for Native Diva Creations.

Saloy-Eaglespeaker, 33, admits she wasn’t quite sure how her business – she takes influences from traditional beadwork and mixes it with an urban style to create unique products – would be received.

“When I first started the business I had no idea what to expect,” she said.

Well, Native Diva Creations has been a huge success. Besides being a big hit at the many events she attends to showcase her products, Saloy-Eaglespeaker is also kept busy selling her wares online to customers throughout North America, Europe and even Australia.

Native Diva Creations has also received some national recognition. Saloy-Eaglespeaker’s company was a finalist for a national Cando award in the Aboriginal Private Sector Business category. 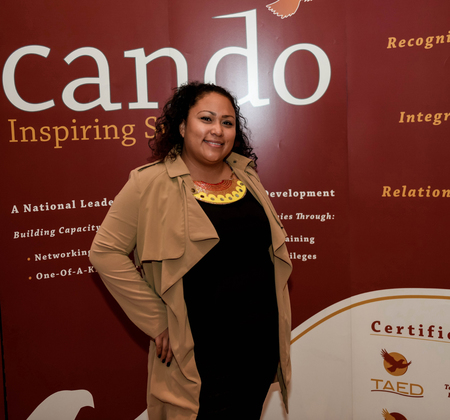 Winners and finalists for economic development officer of the year and community of the year were also handed out at the conference, which concluded on Oct. 25.

“It was awesome and really amazing,” Saloy-Eaglespeaker said of the event.

Top honors in the Aboriginal Private Sector Business category ended up going to the Yukon Motel and Restaurant.

“It was very humbling,” Saloy-Eaglespeaker said of her finalist award. “I wasn’t expecting to also be recognized.”

“I’m definitely going in the right direction,” she said. “I’m on the right path that I should be.”

The conference was also a profitable one for Saloy-Eaglespeaker. She brought her 18-year-old niece Melissa Eaglespeaker to the conference to help manage a booth they set up.

Sales were rather brisk.

“We had a lot of good sales and a lot of orders,” Saloy-Eaglespeaker said.

Thanks so her networking at the conference, Saloy-Eaglespeaker also met representatives from Nova Scotia, Quebec and Yukon. These individuals were interested in either having her provide some corporate gifting for events or having her come make presentations about her company in their communities.

“If it works out time-wise for both us, then yes I’ll be doing those, possibly in the new year,” Saloy-Eaglespeaker said.

While at the Cando Conference, Saloy-Eaglespeaker soaked up as much as she could, listening to other presentations and hearing speakers on various panels.

“It really blew me away what they are doing in their First Nations,” she said.

The Cando finalist is thrilled she can make a living while also making a contribution to preserve her Indigenous background.

“I enjoy sharing my culture,” she said. “And people can see how passionate I am about it.”

Saloy-Eaglespeaker has also been pleasantly surprised with the backgrounds of her clients. She estimates 80 per cent of the people who purchase her products are non-Indigenous.

Saloy-Eaglespeaker tries to attend about three events - such as pow wows or trade shows - to sell her products every month.

“I try to stay as local as possible,” she said, adding she has gone to some out-of-province trade shows as well.
But now that she’s received some national recognition through Cando, Saloy-Eaglespeaker’s company looks like it might be ready to further expand its brand.