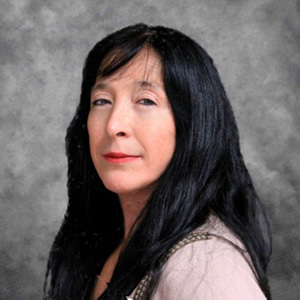 While continuing to serve as the EDO of her First Nation, Joanna Bernard is also the CEO of the Madawaska Maliseet Economic Development Corporation.

A good chunk of the credit for the fact New Brunswick’s Madawaska Maliseet First Nation is thriving can be directed Joanna Bernard’s way.

That’s because the 55-year-old has held a number of key positions that have contributed to moving her First Nation forward.

Since 1995 Bernard has held been the economic development officer for her First Nation. Then in 2001 she served a two-year term as a Madawaska Maliseet councillor followed by a 10-year run as its Chief.
Bernard was not able to continue being Chief since she became the CEO of the Madawaska Maliseet Economic Development Corporation (MMEDC) in 2013, a position she still holds.

“The corporation is separate from the First Nation and no political affiliation is allowed,” Bernard said.
Bernard’s accomplishments are being recognized by the fact she has been nominated as Cando’s economic development officer of the year.

She is one of four nominees for this accolade from Cando, the national organization that promotes Indigenous economic development.

Nominees have also been named in two other categories – community of the year and Aboriginal Private Sector Business.

All winners will be announced at the 2018 Cando Conference. This event, which will be staged in Enoch, Alta., is scheduled for Oct. 22-25.

Bernard didn’t mind relinquishing her Chief duties in order to become the CEO of the MMEDC.
“After 10 years my (younger) sister Patricia was ready to go,” she said.

Patricia Bernard, a former councillor, has served as Chief for the Madawaska Maliseet First Nation since 2013.
One of the reasons the First Nation, located adjacent to the city of Edmundston, is booming these days is because of the Grey Rock Power Centre, which opened in 2013.

The massive facility is located beside the Trans-Canada Highway and includes one of Atlantic Canada’s largest truck stops.

The facility also features the Grey Rock Entertainment Center, which includes a casino, bingo hall, café and a sit-down restaurant.

Earlier this year the First Nation announced it would also construct a hotel and conference centre next to the casino.

Meanwhile, other existing businesses at the centre include a Ford dealership, The Brick furniture store, Tim Hortons, a seafood restaurant and a food court with a Burger King, Subway and St-Hubert.
Besides building the hotel and conference centre, Joanna Bernard said her First Nation has no plans to slow down its economic growth.