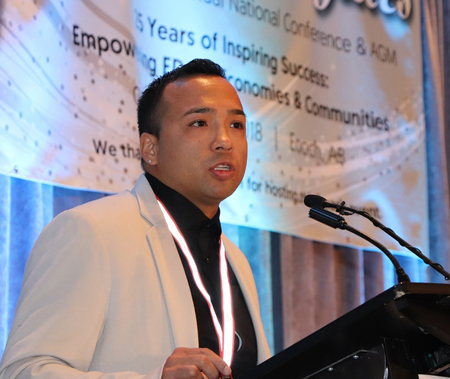 Jason Rasevych has earned his share of praise for spearheading a number of projects in various First Nations in northern Ontario.

A number of post-secondary institutions offer programs on economic and business development.

None of these programs, however, focus on the specific needs of Indigenous communities.

Jason Rasevych, who recently launched his own company and works as a business advisor, has a proven track record working with Indigenous communities. For more than 15 years now Rasevych, a member of the Ginoogaming First Nation in northern Ontario, has worked with various First Nations, government departments and community economic development corporations.

Rasevych, a 35-year-old who lives in Thunder Bay, Ont., obviously has those traits as he has received plenty of praise for a number of projects he’s been involved with.
During his professional career Rasevych has spearheaded a number of programs with various First Nations. 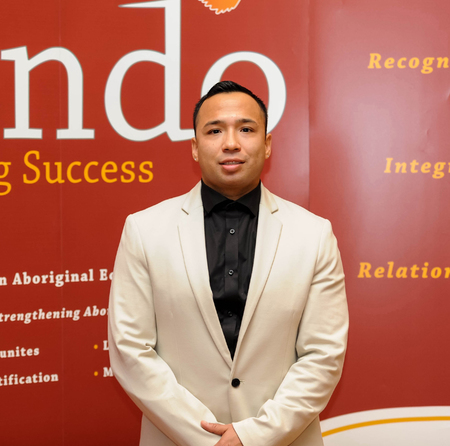 His efforts also led him to being one of the finalists for this year’s Cando economic development officer of the year.

Cando, the national organization which promotes Indigenous economic development, also annually hands out awards to the community of the year and in the Aboriginal Private Sector Business category.

The 2018 winners were revealed at the Cando Conference, which concluded on Oct. 25 in Enoch, Alta.

The two finalists in each of the three categories were invited to make presentations at the conference to those in attendance. Conference delegates then had a say in the voting process, choosing who they felt was the most deserving recipient for each award.

The economic development officer of the year award ended up being won by Tom Many Heads from Alberta’s Siksika Nation.

“I was humbled to be on a national stage to talk about my journey,” Rasevych said.

Rasevych added he is thrilled that Cando takes the time to recognize economic development officers.

“I don’t think EDOs in Ontario and across Canada get the recognition they deserve like they do from Cando,” he said.

While he believes EDOs handle the brunt of the behind-the-scenes work on various projects, Rasevych said it is often others, such as community leaders who enjoy the spotlight during photo opportunities when ventures come to fruition.

Rasevych also challenged Cando representatives to change the name of the award for future years as he believes the role of an EDO has greatly evolved.

That’s because he feels one truly has to be a warrior to overcome political and bureaucratic barriers one faces while attempting to best represent the community one is working for.

One of the ventures Rasevych was instrumental in was a $69 million project, officially announced this past October, which will bring Internet access to five remote First Nation communities in northern Ontario.

Those communities will be connected online to the rest of the world and Rasevych believes one of the greatest components of this project will be the telehealth and telemedicine services which will become available to those on the various First Nations.

“It will help them stay at home and save costs instead of having them fly out to urban communities,” he said.

Another project Rasevych spearheaded and is rather proud of is the historic agreement reached earlier this year between three First Nations in northwestern Ontario and the Ontario Ministry of Natural Resources and Forestry. The deal gives the First Nations forest management and harvesting rights to the Ogoki Forest.

Rasevych’s other accomplishments include leading a 20-year Aboriginal tourism plan, which could potentially bring 20,000 visitors per year to nine First Nations in northern Ontario and developing renewable energy concepts, potentially to be used by not only First Nation communities in his province but across the country as well.