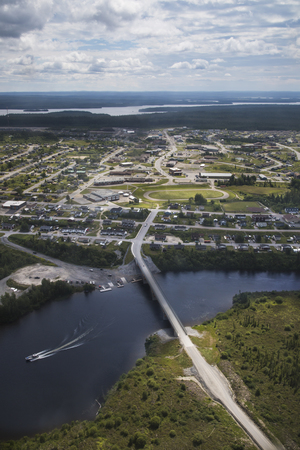 An aerial view of the Cree Nation of Mistissini in Quebec which is hoping to become a premier tourist destination.

The Cree Nation of Mistissini is laying out the welcome mats.

During the past couple of decades the Quebec-based First Nation has seen economic development in its community on the upswing.

And now officials from the northern Quebec community are adopting several components of their My Mistissini 2034 plan. The goal of the 20-year plan is to have the First Nation become a premier tourism destination by the year 2034.

“We’re next to the biggest fresh water lake in the province,” Titus Shecapio, Mistissini’s director of community development, said of Lake Mistassini, which has a surface area of more than 2,300 kilometres.

Shecapio said people from across Quebec frequently travel to Mistissini to fish. And others are beginning to follow suit.

“We’re starting to pick up on the American market,” he said. 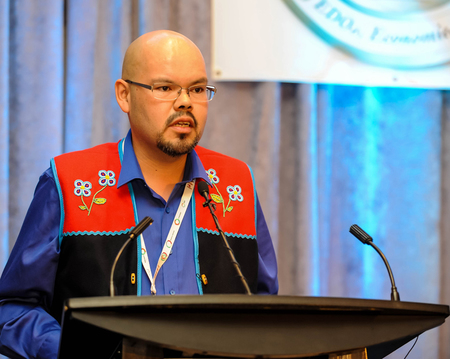 While the First Nation is already considered a great fishing spot, Shecapio said the My Mistissini 2034 plan includes adding a number of winter excursions in the community to make it an appealing year-round destination.

“We want to get some snowshoeing projects going,” Shecapio said. “And some off-trail excursions with snowmobiles. That’s probably the direction will be heading to.”

“We had a great over-all experience,” said Andrew Coon, who has served as Mistissini’s economic development officer for the past three years. “Being nominated in front of a national audience was for us an accomplishment.” 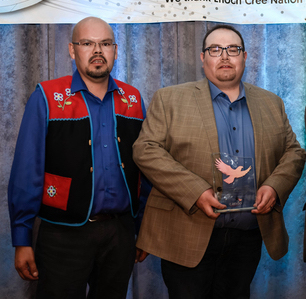 Coon was pleased with how his presentation went. About 450 delegates from across the country attended the conference.

Delegates had the opportunity to vote in each category for those they felt best deserved to win.

“We did receive a lot of compliments after our presentation,” said Coon, who had worked as Mistissini’s tourism co-ordinator for 14 years before becoming the EDO for the First Nation.

Though some technological barriers have been faced, Mistissini officials are persevering in getting the message out about their community.

“They like the way we are engaging visitors,” Coon said about conference attendees. “It’s promoting our culture and our language which is still strong.”

Coon is confident more and more people will be drawn to Mistissini in the future.

“We have all the resources to be a tourist destination,” he said, adding plenty of options are available for those seeking multi-day excursions to the area.

Besides developing plans to bring more tourists to their community, Mistissini economic officials are also doing their fair share to help its members learn some of the nuances of the business world.

For the past three years a number of workforce development initiatives have been offered in Mistissini.

Shepacio said a number of community members know what type of business they’d like to launch but perhaps they don’t have the necessary requirements to do so.

“We try to assist them to get proper certifications,” he said.

“They like the initiatives we take,” Shepacio said of those who have benefitted from the various programs offered. “It shows our department wants to work with the community members.”