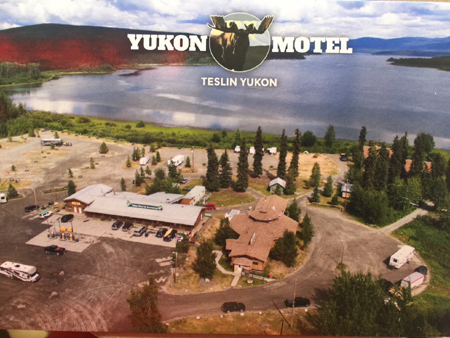 The Yukon Motel and Restaurant is a thriving business in the village of Teslin, employing as many as 25 people during the summer months.

It was quite the leap of faith. More than a decade ago Juanita Kremer decided to leave her job as a conservation officer while at the same time her husband Steve abandoned his carpentry career. The Kremers opted for simultaneous career changes as they were offered the opportunity to purchase the Yukon Motel and Restaurant.

In retrospect, Juanita Kremer, a member of the Teslin Tlingit Council, need not have worried whether her husband and her would regret leaving their previous jobs and making dramatic career shifts. That’s because her 24-7 business has become a rather successful venture in the Yukon community of Teslin.

In fact, the Yukon Motel and Restaurant is one of the four nominees this year for Cando’s Aboriginal Private Sector Business award.

Juanita Kremer said a lot of hard work and perseverance has gone into her business. “We took over on May 2 in 2006,” she said. “We just worked our buns off on it. And it hasn’t stopped.”

Winners will be announced at the Cando Conference, which will be held in late October in Fredericton, N.B.

The Yukon Motel and Restaurant is a multi-faceted business. Besides 10 motel rooms and two logs homes which are rented out, the facility also includes a restaurant, laundromat, gift shop, gas station and an RV park with 63 hookup sites. Also, Canada Post rents out some space at the facility.

“It keeps me busy,” Kremer said. “I’m never bored. I’m never twiddling my thumbs.” The Yukon Motel and Restaurant has also become one of Teslin’s largest employers. About a dozen people work for the business during the winter months. And then, once the busiest summer months arrive, there are as many as 25 employees.

“It keeps a lot of families afloat around here,” Kremer said.