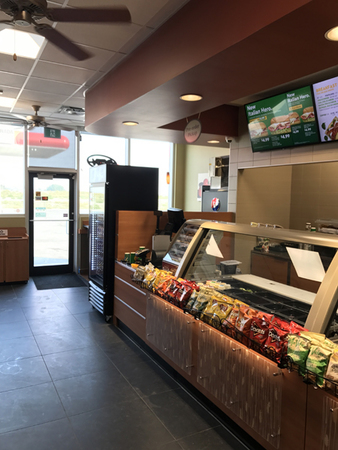 Alberta's Siksika Nation is attracting various new businesses to its community lately including a Subway which opened earlier this year.

Tom Many Heads has spent his entire adult life working for his Alberta-based Siksika Nation. Many Heads started working as a produce manager when he was 19 at a grocery store operated by his First Nation.

Now 41, Many Heads has considerable more responsibilities. He’s the president and CEO of the Siksika Resource Development Ltd. (SRDL), which promotes all economic development and investment for the First Nation.

“This is the 20th year of the SRDL so we’ve reached a milestone,” Many Heads said. Not only are SRDL officials celebrating an anniversary, they are also reaping praise for some of their recent efforts in attracting new business ventures on their First Nation.

In part because of its recent economic successes, the Siksika Nation has been nominated for Cando’s community of the year.

Though Siksika officials had difficulties attracting well known business chains to their community in the past, this appears to be changing now. Earlier this year both a Petro Canada gas station and a Subway store opened on the First Nation.

“We’re making some headway,” Many Heads said of various partnerships being forged to benefit his community. Another highlight for the community will be the fact an 8,000-square foot grocery store will be opening on the First Nation this fall. This venture is expected to employ at least 20 people from the community. Another phase created following the opening of the Petro Canada and Subway will be a new business plaza on the First Nation.

“There will be five retail spaces,” Many Heads said. “They will be 1,500 square feet per side. We’re looking at applicants to see who will fill that space.”