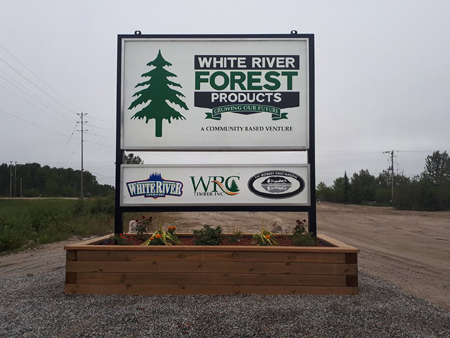 White River Forest Products is just one of the successful businesses the Pic Mobert First Nation has a share of thanks to its numerous partnerships.

As it turned out, Pic Mobert First Nation just needed some help to become a thriving community.

“For many years we were this island of prosperity but we struggled to get any benefits from the resources around us,” said Norm Jaehrling, the CEO of the northern Ontario-based First Nation. “We didn’t have the capital or the know-how or the ability to take risks.”

Well Pic Mobert First Nation is earning its share of praise now. In fact, it’s one of the nominees for this year’s Cando community of the year. Nominees in Aboriginal Private Sector Business and individual economic development officer categories have also been announced.

Winners will be honoured at the Cando Conference, which will be staged in late October in Fredericton, N.B.

Jaehrling credits Pic Mobert’s leaders for recent successes. “We’ve had visionary leadership from a successful line of chiefs and councils,” he said. “Even as some of the people changed, we were able to focus on our longer-term initiatives.”

Forming partnerships with others has been one of the key reasons for Pic Mobert’s various ventures. One of the First Nation’s greatest achievements is the Gitchi Animki Hydroelectric Project which opened last year. Pic Mobert owns 50 per cent of the project, which includes two generating stations. Regional Power Inc., a Manulife Financial subsidiary, is the other partner.

Jaehrling said Pic Mobert officials knew they had some valuable assets but needed partnerships to bring them to fruition.

“We had to get more creative and tell others what we had to bring to the table,” he said. Jaehrling added the hydroelectric project spawned other ventures. “We learned business and our leaders learned business,” he said. “We were involved in every aspect of all the steps.”

Another successful business which resulted from a partnership is White River Forest Products, a major sawmill operating in nearby White River.

“We’ve certainly come a long way,” Jaehrling said. “We’ve gone from nothing in the forestry industry to being an equity owner and supplier of a big business.”