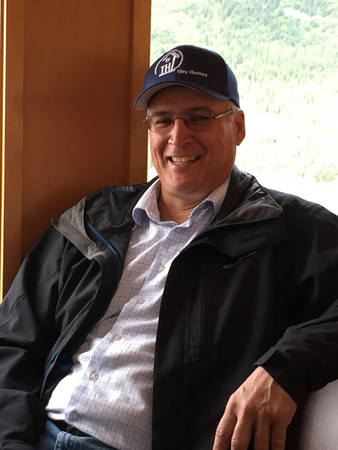 Nelson Lepine, the CEO of the Carcross/Tagish Management Corporation, oversees of all the economic development in his First Nation.

Though he was born in Saskatchewan and is a member of a First Nation in Alberta, Yukon is now home for Nelson Lepine. Back in 2006 Lepine started working as the senior manager of infrastructure for the Carcross/Tagish First Nation.

Three years later he became the director of infrastructure and special projects for the First Nation. And since last year Lepine has been the president and CEO of the First Nation’s economic arm, the Carcross/Tagish Management Corporation.

Carcross/Tagish, one of 11 self-governing First Nations in Yukon, has a number of ongoing ventures that are earning praise. “You need more than one initiative,” said Lepine, one of the four individuals who have been nominated for Cando’s economic development officer of the year.

Winners in this category, and for the community and Aboriginal Private Sector Business groupings, will be honoured at the Cando Conference, scheduled for late October in Fredericton, N.B. Lepine, a member of Alberta’s Mikisew Cree First Nation, is especially proud of a pair of projects in his Yukon community. Earlier this year a learning centre and cultural building, which can seat 500 people, opened.

“It’s the old cliché if you build it they will come,” Lepine said of the facility, expected to host its share of community events. The idea to construct that facility grew from the local venture a couple of years ago which saw area youth learn numerous life skills when they helped to build three tiny homes in the community.

The area started off with eight retail units. Thanks to a recent expansion, however, there are now 21 units, including shops and restaurants, at the venue. Future growth at the site is also possible as there is a waiting list of those wishing to join in on the venture.