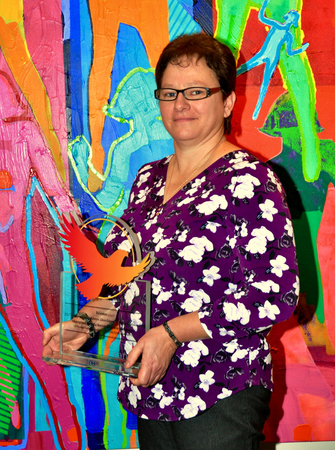 Tammy Belanger, a member of the Glooscap First Nation, is owner of Green Leaf Enterprises and recipient of the 2017 Indigenous Private Sector Business of the Year award from Cando.

Tammy Belanger admits she was not quite sure which direction her life would take when purchasing some property back in the summer of 2000.

The plan was to turn the property, located in the tiny Nova Scotia community of Wilmot, into a business named Green Leaf, which would include a flower shop, Christmas shop and a greenhouse.

Belanger, a member of the Glooscap First Nation, had some obvious concerns of whether the business would take off.

“The building was originally to be used as a shop but converted into a house if need be,” she said. “Originally we thought let’s see how we make out the first three years and we’ll go from there. After that, there was no looking back.”

Well, the business has been a huge hit. And the shop has been expanded twice and is now four times the size it was originally.

Belanger was presented with her award at the Cando Conference, which concluded on Oct. 25 in Fredericton, N.B.

Winners were also announced in the individual economic development officer and community categories at the conference.

Belanger also had another reason to celebrate at the conference. That’s because her hometown, Glooscap First Nation, was named the community of the year.

“We are one big family,” she said of those from her First Nation. “They won just before me so we were all so pleased.”

Belanger is also thrilled her own business has flourished despite the fact she has not poured money into advertising or marketing campaigns. A Facebook page for Green Leaf Enterprises is maintained.

“Our best advertising though is word of mouth,” she said. “They’re singing our praises which brings new people into the store.”

One of the Green Leaf Enterprises’ attractions is that is has the only Christmas shop in the Annapolis Valley. Various Christmas ornaments and decorated trees are available for purchase year-round.

Staff at the business host classes covering topics such as floral design, wreath making and centrepiece making. It also provides training courses for First Nation communities across the province on how to grow their own vegetables.

“I’m really pleased with what we’ve done for the community and what we give back to the community,” Belanger said.

The national accolade from Cando will put even more of a spotlight on Green Leaf now.

This marked the first time Belanger had attended the annual Cando Conference. Green Leaf was one of the four businesses nominated for its category for a Cando award this year. And it was one of the two finalists in its grouping invited to the national conference.

“It was a huge honour to be recognized, even to be recognized in your own community,” she said.
Since she was one of the two finalists in her category, Belanger was required to make a 20-minute presentation on her business.

Conference delegates then voted on the winners in all categories.

“I spoke to a lot of great people and learned a lot at the conference,” she added.

And she was also glad she could extol the virtues of her own business.

“People could see how we’ve diversified and what our ambitions are,” she said.

And then capturing the top honour in her category was just icing on the cake for Belanger.

“Words can’t describe how happy and how proud we are,” she said. “It makes us reflect on the work we’ve done. And we’re very proud as a team.” 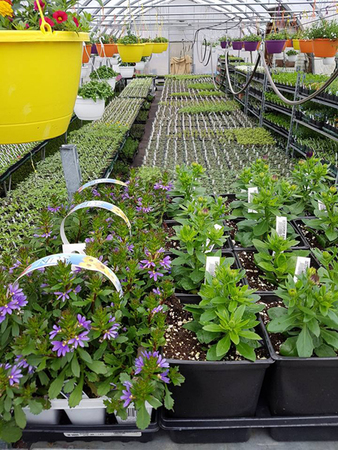 Green Leaf, located in the community of Wilmot in Nova Scotia, is a thriving business, which includes a greenhouse, flower shop and Christmas shop.