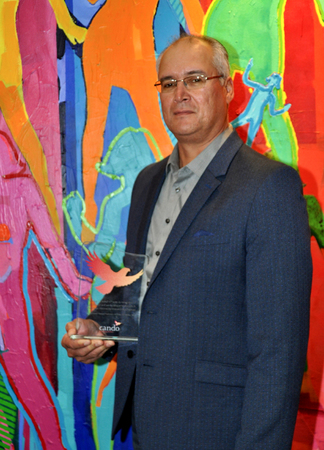 Nelson Lepine, the CEO of the Carcross/Tagish Management Corporation, oversees all of the economic development in his First Nation with 2017 Cando award.

Members of the Carcross/Tagish Management Corporation have not been resting on their laurels.
Officials with the corporation, the economic arm of the Yukon-based Carcross/Tagish First Nation, continue to seek ways to improve their recent successes while exploring other opportunities as well.

One of the economic development initiatives in the community is the Carcross Commons, a retail village featuring various shops and restaurants. Following a recent expansion, the Commons, which began with eight units now features 21 units.

All but a coffee shop are now closed for the winter. But all of the units are scheduled to re-open again in 2018.

And there’s also a waiting list of others looking to become part of the venue.

“We’re looking to potentially expand on that site,” said Nelson Lepine, the President and CEO of the Carcross/Tagish Management Corporation. “But we need approval from our territorial government. We can’t grow any more unless they evolve with us. We want to manage the growth. And we want to bring as many citizens as we can here. We’re trying to be as diverse as we can be.”

Lepine said adding a marina to Carcross Commons is a possibility. And relocating seven retail trailers to expand the site has also been discussed.

“We’re talking about different things,” he said. “But we can’t do anything unless the territorial government chooses to do so.”

Besides earning praise for its various ventures, the Carcross/Tagish First Nation was also one of the five nominees this year for Cando’s community of the year award.

Carcross/Tagish ended up being selected as one of the two finalists in its category for a Cando award.

As a result, Lepine travelled to Fredericton, N.B. to attend the Cando Conference, which was held Oct. 22-25. At the conference Lepine made a presentation on behalf of his First Nation.

Conference delegates then voted on the winners in all three categories offering Cando awards.

Lepine was pleased his First Nation was selected as a finalist in its division during its quest for some national attention.

“It’s huge in itself,” he said of Carcross/Tagish’s runner-up placing. “You don’t always get recognition from your First Nation because expectations to succeed is there.”

Besides the fact the Carcross Commons is becoming an increasingly popular tourist attraction, another reason why travellers are venturing to the First Nation is because of its breathtaking trails built on Montana Mountain.

The mountain lies on Carcross/Tagish First Nation territory. About 40 kilometres of trails have been built or restored on the First Nation to be enjoyed by hikers, mountain bikers, skiers or snowshoers.

“We do market that quite heavily,” Lepine said. “I’ve had calls from as far away as Europe. And I get a lot of calls from people in B.C. because we’re fairly close.”

Tourism will continue to play an instrumental role in Carcross/Tagish’s future.

“Our First Nation has made a conscious effort not to get into mining,” Lepine said. “My predecessor came up with the idea of (promoting) tourism.”

Lepine added attending the Cando Conference was rather informative for him.

“What I learned is that there is a lot of diversity in corporations throughout Canada,” he said. “Some are in good positions and some are not.”

And where does he believe Carcross/Tagish is?

“I think we’re somewhere in the middle,” he said. 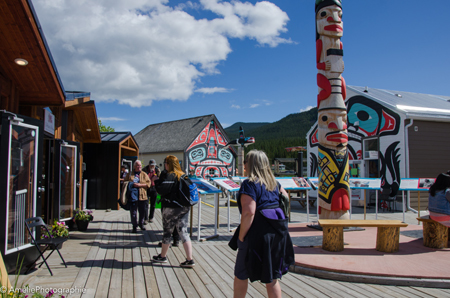