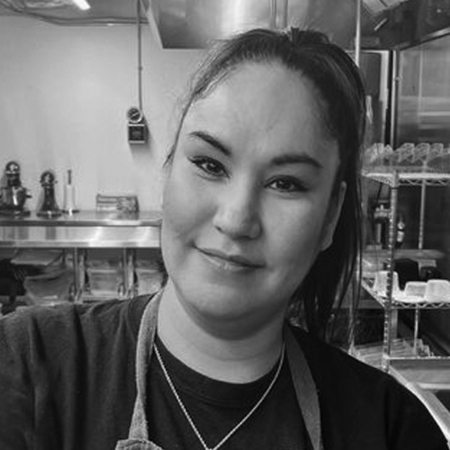 Rachel Smith has faced her share of challenges in life.

But despite those challenging times, during both her youth and adulthood, she has managed to persevere. And the 39-year-old member of Zagime Anishinabek First Nation in Saskatchewan now owns a thriving business.

Smith is the owner and operator of Bannock Express in Saskatoon. Her restaurant offers both take-out and catering options. Smith is also one of our individuals that have been named to Cando’s Women In Business panel for 2022. The panelists will share their stories at this year’s Cando Conference, which is scheduled for May 16-19.

This four-day event will be held at the Dakota Dunes Resort, located on Whitecap Dakota First Nation.

Smith’s early life was not an easy one.

“I came from group homes and foster homes,” she said. “And I was made a permanent ward of the government when I was 13.”

Smith started her bannock making business in 2016. In the beginning she was simply selling her products via garage sales and online sales. And then two years ago she decided to open up a restaurant. Yes, during a pandemic. But yes, business has been on an upswing since it was launched.

“It’s been doing great,” Smith said. “And we just moved to a new location.”

Smith has been able to continue moving forward with her business even though her life greatly changed in the past year. She was already a mother of five. And then when her sister suddenly died a year ago, Smith ended up adopting four of her children and is now a mother of nine.

Almost instantly doubling the size of her family while continuing to work on her prospering business undoubtedly requires some great balancing.

Two of Smith’s teenage children work some shifts at Bannock Express. Smith also gives back to her community. She has created a Donation Wall at Bannock Express. Customers have an opportunity to donate a meal to others who might not be able to afford one.

And then individuals can come into the restaurant, take a ‘donated’ meal off the wall and have some free food. Sometimes as many as about 100 free meals are provided to customers each month. Bannock Express’ success has Smith thinking of bigger and better things now.

Smith said Regina and Calgary are the two cities she has thought of for possible Bannock Express franchises.

But in all likelihood there won’t be any new openings in other locations in 2022.

“It’s more so next year we’re looking at,” she said.