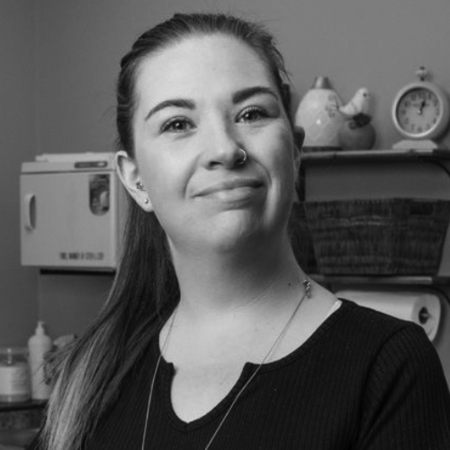 Krystle Pelletier can consider herself fortunate her business has actually improved since the pandemic started.

Pelletier, who lives in Whitehorse and is a member of the Kwanlin Dun First Nation in Yukon, is an esthetician who owns and operates her business called New Leaf Esthetics.

She’s been the sole proprietor of her company for about five years now.

“But I’ve only had my own space since COVID started,” Pelletier said.

Pelletier is also one of the four individuals who have been named to the Women In Business panel which will be held at the 2022 Cando Conference.

This year’s event, which is scheduled for May 16-19, will be staged at the Dakota Dunes Resort, located on Whitecap Dakota First Nation.

“I feel very blessed and very honoured,” Pelletier said of her inclusion on the panel. “It makes me feel recognized for my success.”

“Also, I have services few people offer,” she said. “And they like the quality of my services.”

Pelletier said one of her most popular services is body sugaring, which is a hair removal procedure.

“It’s environmentally friendly and made from sugar, water and lemon,” Pelletier said.

The service is basically just what its moniker implies.

“Instead of using (hair removal) strips, you use a ball of sugar,” Pelletier said.

Body sugaring is also a good chunk of her business these days.

“I’m so busy with sugaring,” Pelletier said. “It’s labour intensive. It takes anywhere from 15 minutes to two and a half to three hours.”

Pelletier said another reason why she has enjoyed success in recent years is because she was able to bring in Babor, a skin care line product from Germany. Babor is a popular brand that is not widely available in Yukon.

“And then I brought in some Canadian made products,” she added.

Pelletier began her career when she took a 15-week esthetics course offered by Yukon College. The program focused on theory and practical hands-on skills of esthetic treatments including manicures, pedicures, facials, tinting and waxing. Pelletier graduated the program at the top of her class. She also earned additional training at the Calgary Esthetic Institute. She was trained in threading, microblading, eyelash and eyebrow extensions at this Alberta facility.

Pelletier is thrilled that she is the one who can offer services and improve the appearance of others, thus making positive changes in their lives. And she loves the fact that she has become an esthetician who is able to make a decent living.

“I like proving people wrong,” she said, adding she had been told being an esthetician would not prove to be a successful career choice.

Pelletier is also looking to telling her story at the Cando Conference.

“I like inspiring people to follow their dreams because it was quite the dream for me,” she said.