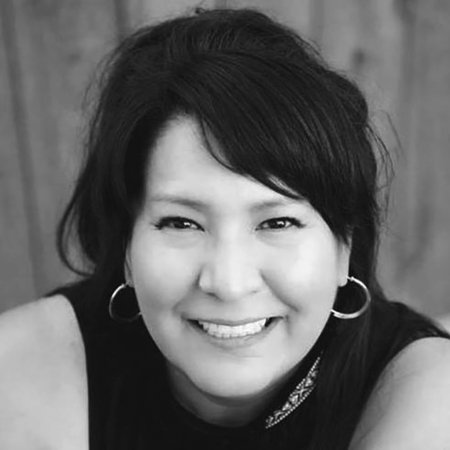 The life of being an entrepreneur hasn’t always been easy or successful for Heather Black.

But things are certainly looking rosy these days for Black, a member of Kainai Nation in Alberta, who is running not one but two successful businesses now.

Black is also one of four Indigenous people who have been named to the Women In Business panel for the 2022 Cando Conference.

This year’s event will be staged May 16-19 at the Dakota Dunes Resort, located in Whitecap Dakota First Nation in Saskatchewan.

Black, who lives in Calgary, is the founder and owner of Creative Spirit Solutions. She launched the business, which includes boot camps and entrepreneurial skills development workshops in 2015.

Black also owns and operates Buffalo Stone Woman, a business she launched in the summer of 2020. She leads hiking tours in the Alberta district of Kananaskis.

“The life and seeds of entrepreneurship was planted in 2002, by attending the youth entrepreneur camp hosted by Community Futures Treaty Seven (CFT7)” she said.

Formerly known as the Treaty Seven Economic Development Corporation, the CFT7 assists its members towards their goals of achieving economic success.

Black credits the CFT7 for her early entrepreneurship days.

“As a youth comes a world of insecurities and lack of confidence,” she said. “Having tools, resources and a sense of belonging, confidence grew by having built and amazing relationship with having an entrepreneur family.”

Yet Black discovered success is not always guaranteed.

She first started Creative Spirit Solution back in 2002 as an interior decorating and furniture broker business. The company lasted for five years but Black was unable to turn it into a financially stable one.

She relaunched Creative Spirit Solution after deciding to take the company in a new direction.

“Opportunity has come by always being ready, available, the ability to adapt to change, and the willingness to customize programs and services to what the community wants and needs,” Black said.

Many of her clients are in Treaty 7, located in the southern portions of Alberta. During the pandemic, however, Black has expanded her company and offered boot camps to those in British Columbia and Ontario as well.

While many businesses have suffered greatly during the pandemic, Black was able to take one of her loves and start up a second company.

“My spirit of entrepreneurship led me to taking my hobby of hiking to officially launch a tour guide company,” she said of her Buffalo Stone Woman business.

With this company Black prepares and presents tour presentations. She also provides travel itineraries as well as route plans for tours.

After a failed earlier attempt, Black is obviously thrilled her life as an entrepreneur is now a successful one.

“It has been a blessing to celebrate in silence by doing the happy dance,” she said.