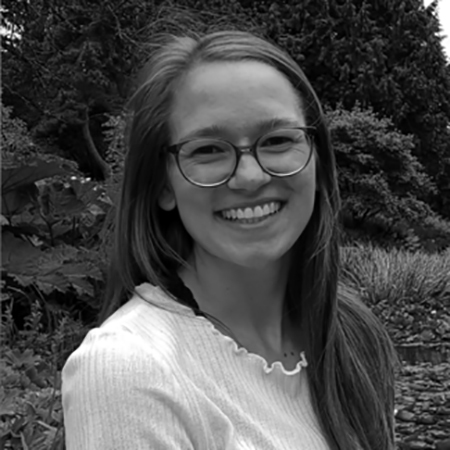 Shayna Uhryn already finds herself in a position where she stands out.

The 23-year-old Métis woman from Saskatoon is in her fourth and final year of studies as she has been pursuing her Anatomy and Cell Biology degree from the University of Saskatchewan.

“It’s very male populated,” Uhryn said of her program. “And to have an Indigenous person in STEM is rare to begin with.”

Though she is not 100 per cent certain, Uhryn said there is a chance she is the only Indigenous student in her program.

Uhryn is also joining another select group. She is one of six Indigenous individuals from across Canada that have been named to the National Youth Panel for this year’s Cando Conference.

The four-day conference will be staged May 16-19 at the Dakota Dunes Resort, located at the Whitecap Dakota First Nation in Saskatchewan.

“It’s kind of amazing to be able to hear from all these amazing people,” Uhryn said. “And to be named as one of them is pretty exciting.”

Uhryn said she is looking forward to discussing some of her local accomplishments on a national scale.

One of the things she’s most proud of is that she is a co-founder of the Indigenous Health and Wellness Group that was launched at her university in 2020.

She’s a facilitator of the group, which typically attracts about 25 members each semester.

“This group we created is part of the peer health groups at the University of Saskatchewan,” Uhryn said.

The group is entirely run and administered by students.

“Our focus this year has been to increase Indigenous awareness on campus,” Uhryn said, adding another goal is to make Indigenous students feel more supported while at the school.

Uhryn, a former distance runner and cross-country competitor, is also pleased with a sporting initiative that she has been involved with during the past two years.

She’s travelled to various Indigenous communities throughout Saskatchewan to help teach younger athletes some of the nuances of track and field disciplines.

If she’s able to, Uhryn said she would welcome the opportunity to continue working with this program in 2022.

Uhryn is expected to graduate from her current university program in late April. But she’s not quite sure what her immediate future holds.

“My long-term goal is to go into optometry,” she said.

She is hoping to apply and be accepted into the optometry program offered by Ontario’s University of Waterloo, starting in September of 2023. Waterloo is the only English-speaking university in Canada that offers an optometry program.

Uhryn though has not decided what she will do during the coming academic year.

“I might take a year off school,” she said. “Or I could go back and do a one-year Master’s program (in Anatomy and Cell Biology).”

Uhryn added she might also explore the possibility of taking a one-year Master’s business program, since she is keen to be in charge of her own optometry office in the future.