Métis panelist fulfilling dream of working in the film industry 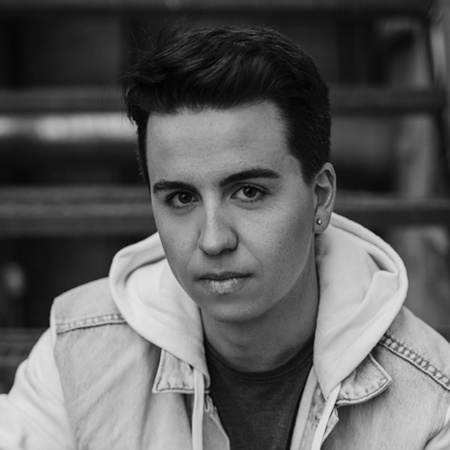 McAllister, a member of Metis Nation British Columbia, is the director and cinematographer for his own Kamloops-based company called Orenda Films.

McAllister, who launched his company in 2012, is also one of six individuals who have been named to Cando’s National Youth Panel.

The panelists will share their stories at this year’s Cando Conference, scheduled for May 16-19. The conference will be staged at the Dakota Dunes Resort, located in Whitecap Dakota First Nation in Saskatchewan.

“I think it’s definitely exciting and a unique opportunity and experience for sure,” McAllister said.

The six Indigenous individuals named to the panel, which are from various locations across the country, are considered young role models. They’re all aged 29 and under.

“I want to tell a story about perseverance and not taking no for an answer,” McAllister, who is 29, said about his presentation at the upcoming conference.

McAllister has known what he’s wanted to do with his life – sort of – since a very young age.

“Basically, since I was eight years old I wanted to be in the film industry,” he said.

McAllister eventually convinced his parents to let him take acting lessons. And after researching various information about casting agencies, McAllister did eventually find somebody to represent him.

Though he did have an agent, McAllister quickly realized how challenging the acting world can be. That’s because he didn’t have much success landing work.

But he recalled that when he was about 13 years old he did land one acting project, to be in a commercial for BC Parks.

But that role didn’t pan out as he hoped it would. As it turned out, McAllister’s segment in the commercial was edited out so nobody got to see him in action.

Though his acting career never took off, McAllister still wanted to be involved in the industry.

“I realized I loved film production and storytelling,” he said.

Early on in his career, McAllister landed varying roles with several movies filmed in British Columbia, including Power Rangers, Fifty Shades of Grey and Step Up All In.

Later on, he launched his film/photography production company. Initially his company was called Alpha-Omega Productions. He later renamed it Orenda Films.

McAllister’s business has been rather successful in recent years. And he’s now at a point where he would like to pick and choose the work that he accepts.

“I’m thinking I want to do less corporate work and more tourism work,” McAllister said. “I like the emotional aspect of it.”

McAllister also loves the fact he gets to share details about the lives and stories of Indigenous peoples.

“And I like the fact we can metaphorically walk a day in their life,” he said.