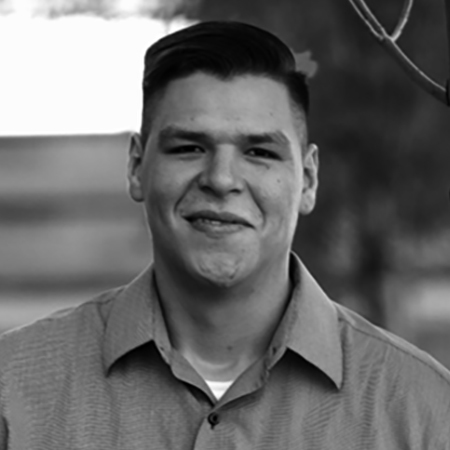 Nathan Crow has managed to dramatically turn his life around.

Crow was battling substance abuse issues back in 2019 and checked into an Edmonton-area treatment centre. Following the completion of a six-week program, Crow asked whether he could stay an additional two weeks, a request which was granted.

Fast forward to today and Crow, a member of Kainai Nation in Alberta, has been sober and drug free for more than three years - April 10, 2019 to be exact.

Crow, 29, is also excelling in school and is frequently praised for his advocacy and volunteer work. He’s currently enrolled in the Indigenous Governance and Business Management program at the University of Lethbridge.

And he’s also one of six individuals that have been named to the National Youth Panel for this year’s Cando Conference, which is scheduled for May 16-19 at the Dakota Dunes Resort on the Whitecap Dakota First Nation in Saskatchewan.

Crow doesn’t shy away from discussing his past addictions.

“I believe that part of my life could and should be told,” he said.

Crow had graduated high school back in 2011. He decided to return to school in 2019, the same year he completed his treatment program.

“I told myself I would put 100 per cent effort into (school),” said Crow, who had spent the majority of his time between school engagements working for a powerline company in remote communities across Alberta.

And Crow has kept his word to himself, about focusing on his academics, making the Dean’s Honours list each semester of his program. And he’s been able to maintain his impressive grades while juggling several other commitments.

Crow is a student mentor with the university’s enrolment services. Plus, he holds an elected paid position to serve as the Indigenous student representative with the school’s student union council.

Up until this past December Crow had also been working as a student assistant at the university library. But he took a break from this gig as he took on the role as Cando’s national student director in December.

And a couple of months before that he became a student advisory committee member with Community Futures Treaty Seven, requiring his attendance at meetings between students and Elders.

Due to all his commitments, Crow is now planning to finish his four-year university program in either four and a half or five years.

“I feel it’s going to be worth it in the end,” he said of the fact his various duties and responsibilities mean it will take him just a bit longer to fulfil all the requirements to graduate.