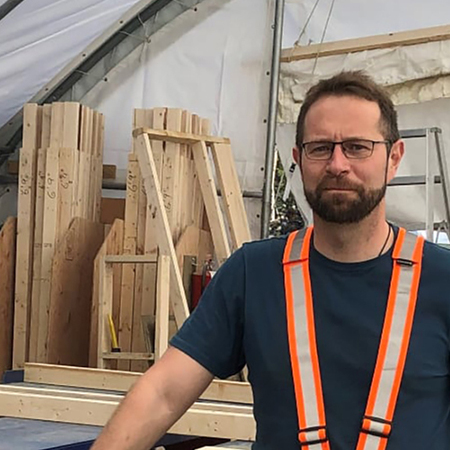 Leslie Walker had a promising music career that was put on a hold.

But Walker, a member of Champagne and Aishihik First Nations in Yukon, doesn’t seem to mind as he’s managed to find plenty of success in another career.

Back in 2011 Walker was a member of Common Knowledge, which was named as the best band at the Canadian Aboriginal Music Awards.

But for a good chunk of the past decade Walker has concentrated on Walker Home Construction, his Whitehorse-based business that specializes in residential and commercial construction services and products.

In fact, his business has garnered attention to the point it is one of two finalists being recognized by Cando for this year’s Individual Private Sector Business award.

The other finalist is Saskatchewan’s TIPI Group of Companies.

The winner will be selected at this year’s Cando Conference, scheduled for May 16-19. The conference will be held at the Dakota Dunes Resort, located on Whitecap Dakota First Nation.

Walker added other associations have also recently been recognizing his company.

“It’s a little overwhelming to get these opportunities,” he said. “This is the vision I always wanted to work towards. It’s happened 10 times faster than I thought it would.”

Walker was always rather handy. He had been hired to do various jobs in the past, even when he was doubling as a musician.

“I took a risk and then I started my company,” he said.

In the early days of his business, Walker said he was known as ‘The Trailer Guy’. He would go around and fix mobile homes in trailer parks.

And then he started working on home additions, while also building fences and decks. He then started taking on larger projects, building homes and commercial businesses. 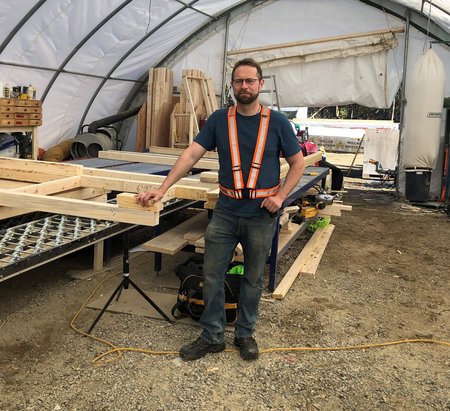 Walker doesn’t have an exact total of how many houses he’s worked on since launching his company in 2009. But it is in the hundreds.

Also, his company now has more than 30 employees. And about 70 per cent of those workers have First Nations ancestry.

Their jobs range from being apprentices to lead hands to site supervisors. Whenever possible Walker Home Construction also enjoys dealing with subcontractors who are First Nations owned and operated.

Walker said he’s seen other workplaces that have a strictly businesslike approach. But that’s not something he’s in favour of.

When they’re at work he wants his employees to be happy, laughing and having a good time.

“We’re trying to create a life for ourselves and our families,” he said.

Though his musical career is on hold for now, Walker is hoping it is something he can eventually return to.

“I picked up the guitar and wrote a song the other day,” he said. “I’m never going to put it down.”

Walker added he’s hoping his company becomes even more successful so that he will have the opportunity to do other things – like get back and devote more time to his music.

“But right now, my main focus is this company,” he said.