Nelson House Development Corporation, the economic arm for Nisichawayasihk First Nation in Manitoba, is recognized as Community Economic Developer of the Year at the 28th Annual Cando Conference 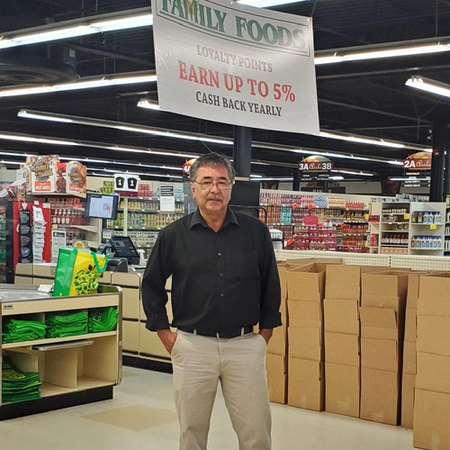 It seems like it’s at least once a week that David Kobliski will receive a phone call seeking some advice.

Kobliski has served as the executive director for the Nelson House Development Corporation, the economic arm for Nisichawayasihk First Nation in Manitoba, for the past 25 years.

“A lot of First Nations look at our community as a model,” Kobliski said. “We do have a model that works. And others can do it on a smaller scale or on a bigger scale.”

Kobliski said he doesn’t mind fielding calls from others who are looking to improve fortunes in their communities.

“The satisfaction I get is seeing a First Nation generating their own sole-source revenue and reinvesting into their own community,” he said.

Thanks in large part to Kobliski’s efforts, the work Nelson House Development Corporation has done has earned some recognition.

His First Nation is one of the two finalists for Cando’s Community of the Year award.

Meadow Lake Tribal Council in Saskatchewan is the other finalist.

The winning community will be announced at the Cando Conference, scheduled for May 16-19. The event will be staged at the Dakota Dunes Resort, located at the Whitecap Dakota First Nation in Saskatchewan.

Kobliski, who is 60, said it seems his past quarter century of work has gone by rather quickly.

“I was kind of reflecting and looking back,” he said. “Twenty-five years really flew by.”

The first business Nisichawayasihk First Nation owned was a gas bar. It allowed the First Nation to keep revenue in its own community.

Several other businesses that the First Nation now owns have followed suit. They include grocery stores, a hotel and a high-speed internet company.

Kobliski said one business is not any more noteworthy than the others.

“All of them stick out because all of them are still around and they’re all still successful,” he said.

The Nelson House Development Corporation is also involved in a major joint venture. It has a partnership with Manitoba Hydro and owns 32 per cent of a hydroelectric dam project.

“All the rest of them are owned by the First Nation,” Kobliski said of other business interests.

Kobliski said he has been preaching about the importance of owning businesses to officials in his First Nation for a very long time.

“I’ve always said to our leadership in order to be self-sufficient and self-governing you have to generate your own revenue,” he said.

It’s the same advice he doles out to others who call his First Nation looking for some guidance.

“I do try to assist other First Nations with what we’ve done here,” he said.

Kobliski said he is planning to retire from his executive director role, probably within the next year.

But he does plan to continue working. In fact, he believes he will start up his own consulting business.

“I will be providing the path to other First Nations and showing them what the benefits are,” Kobliski said.