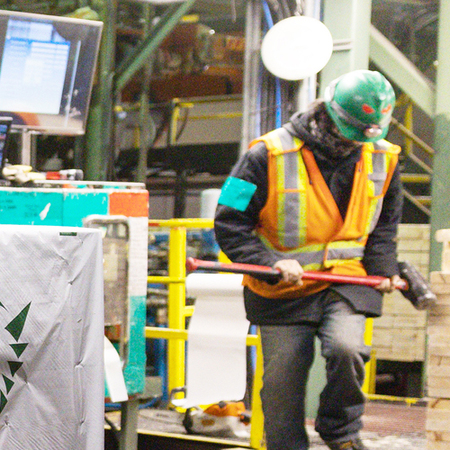 The Meadow Lake Tribal Council (MLTC) has long been considered a model body.

The Saskatchewan-based council, comprised of nine First Nations in the province, has received what is perhaps some long overdue recognition.

The MLTC is one of two finalists for the Community of the Year award, which will be presented at this year’s Cando Conference.

The four-day event, scheduled for May 16-19, will be staged at the Dakota Dunes Resort, located at Whitecap Dakota First Nation.

“It’s a pretty novel thing for MLTC,” said Tina Rasmussen, who is the MLTC’s chief business officer. “They’ve been in business for 40 years. They’ve been studied a lot. And there have been a lot of economic development reports on how it creates business. But I don’t know if they’ve ever received an award for it.”

The other finalist in the Community of the Year category is the Nelson Lake Development Corporation in Manitoba, the economic arm of the Nisichawayasihk Cree Nation.

Rasmussen said the intention of the tribal council is to assist ventures that will be beneficial to all parties.

“We make sure we’re not getting in their way of creating opportunities,” she said. “We’re not here to create a large conglomerate for the tribal council to administer. We’re here to do what’s best for the nine communities.”

To that end, the MLTC launched a corporation a decade ago, in 2012, called the Meadow Lake Tribal Council Industrial Investments.

This corporation was started to produce viable economic development through growth and business investment.

Rasmussen said if one of the First Nations is interested in a particular project on its own, the MLTC steers clear of a similar venture.

“Most of the stuff that comes to the tribal council is supportive of the communities collectively,” she said.

Rasmussen is thrilled that the MLTC is viewed as a leader in the Indigenous community.

“I guess it means the MLTC is a good example for other First Nations looking to create opportunities,” she said.

Though the MLTC’s largest industry is forestry, it is involved in other initiatives as well.

For example, the MLTC Bioenergy Centre is the first of its kind energy biomass project in the province.

The centre combines environmental improvement with thermal efficiency, which will boost the economic fortunes of the nine First Nation which are part of the MLTC.

Another project is the MLTC Solar Farm, which is expected to be completed late this summer.

This venture is considered the first step towards the tribal council’s goal of engaging with larger renewable energy projects in the province. 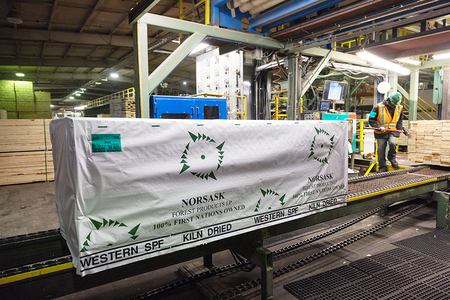