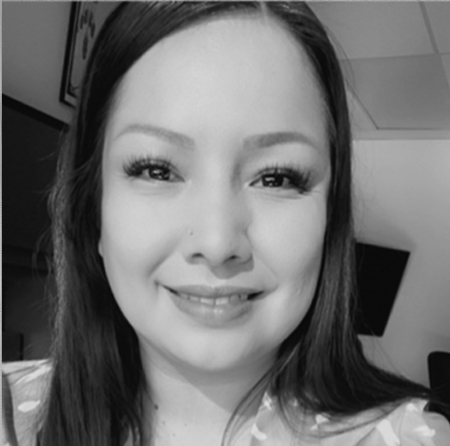 Katrina Shade is one of the driving forces behind the Piikani Resource Development Limited (PRDL).

Shade, who has been the manager of the Alberta-based PRDL since 2015, has been one of the main reasons the corporation has had numerous successful projects in recent years.

Thus, it’s little surprise that Shade is also in the running for a prestigious award.

She’s one of two finalists for the Economic Development Officer (EDO) of the Year Award from Cando, the national organization that promotes economic development in Indigenous communities.

The winner of this year’s EDO award will be announced at the Cando Conference, which is scheduled for May 16-19. The four-day event will be held at the Dakota Dunes Resort on the Whitecap Dakota First Nation in Saskatchewan.

The other finalist for the EDO of the Year accolade is Albert Derocher. He’s currently the general manager of the Flying Dust Holding Corporation in Saskatchewan. The corporation is the company which oversees all of the economic development for the Flying Dust First Nation.

Shade has been doing her share of valuable work for the PRDL since becoming the corporation’s manager.

For example, she worked alongside Piikani’s chief and council to launch a retail electricity business, allowing the First Nation to provide electrical billing to its members.

Piikani Nation is one of just two First Nations in Alberta that provides this service to its members, through their rural electrification association. And Piikani Nation was the first First Nation in the province to achieve this distinction.

Other Shade accomplishments include launching a sand and gravel pit in Piikani as well as having solar panels installed for the Piikani Nation School, which has resulted in a savings of about $20,000 per year.

Shade also assisted with the local ranch expansion plan, which include agricultural and irrigation upgrades as well as the increasing the cattle herd.

Other ventures that the PRDL and Shade have been involved with are those including security services, electrical, tree clearing, EMS, construction and the local radio station.

Piikani Nation Radio, launched in 2020, is broadcast on 106.3 FM out of Brocket, a settlement in southern Alberta.

Other PRDL communications initiatives include an app as well as a local newspaper, Piikani Tsi Nii Ka Sin.

With the PRDL Shade continues her work of exploring other business development opportunities that can benefit Piikani Nation members, who are living both on and off the First Nation.

Since the Piikani Nation is known for and rich it its wind, sun and water resources, Shade is frequently on the lookout for renewable energy projects that could potentially be beneficial to its members.

To this end, a main focus for the corporation now is a wind farm project on the Piikani Nation.

Shade and the PRDL are also working with various others to try and develop partnerships with companies to leverage economic opportunities for members of the First Nation.