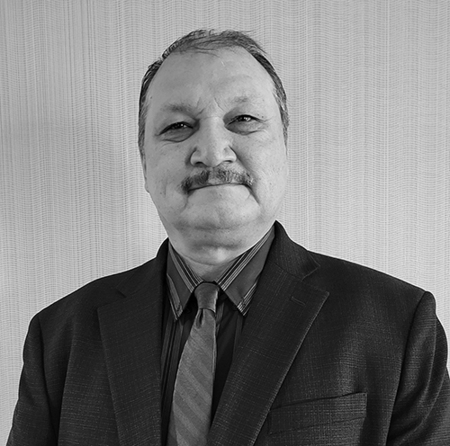 Albert Derocher has spent the majority of his working career improving the fortunes of his Flying Dust First Nation.

It was way back in 1981 that Derocher first started working as a summer student for his First Nation, based in Saskatchewan.

Derocher is currently the general manager of the Flying Dust Holding Corporation, the company that oversees all of the economic development for the First Nation.

Derocher has also been selected as one of the two finalists for Cando’s Economic Development Officer (EDO) of the Year award.

The winner will be announced at the 2022 Cando Conference, which is scheduled for May 16-19 at the Dakota Dunes Resort located at the Whitecap Dakota First Nation in Saskatchewan.

Katrina Shade, the manager of the Piikani Resource Development Corporation in Alberta, is the other finalist vying to capture the national EDO award.

“It means a lot,” Derocher said of the fact he is in the running for the accolade. “It means I’m being recognized for a lot of the work I’ve done and for the advocacy I’ve done for First Nations issues.”

Derocher said plenty of others could have just as easily been recognized for their efforts.

“There’s a lot of good folks out there who are working very hard as well,” he said.

Derocher, who along with his wife helped raise 10 children (seven girls and three boys), is proud of the fact he’s been able to work for so long for his First Nation.

“I love my community,” he said. “We all work very hard. We’re a growing progressive community.”

Flying Dust has about 600 members who are living on reserve. The First Nation’s various businesses employ 230 people with about 90 per cent of those being Flying Dust members.

But none of the Derocher children, aged 26 to 36, are living at home now or working for the First Nation.

“They’re all out doing their own thing,” he said, adding his children were all encouraged to become independent outside of their community and then if they so choose to can return to their First Nation.

Derocher has had numerous noteworthy accomplishments during his work career with his First Nation.

One of his proudest highlights was the creation of the Riverside Market Garden, a venture that started off with two employees but now features five full-time workers and 20 seasonal workers.

Derocher said there are increased planting efforts this year to better help feed some community members.
“We’ve been told there will be a real food shortage,” he said.

Derocher can also boast about another initiative, the Flying Dust Power Corp., which is expected to be operational and producing power for the community by late 2023.

Derocher was also an instrumental figure in the $2.5 million additions to the First Nation’s arena that are reaching completion. Besides facility upgrades, the renovations included an expansion of a retail store selling sporting goods.