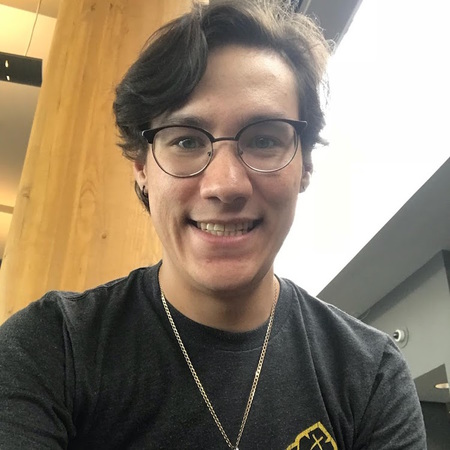 Chances are that Nipawi Kakinoosit will consider 2019 to be quite a transformational year for himself.

At the start of the year Kakinoosit had heard of people talking about Cando, the organization that promotes Indigenous economic development across Canada. But he wasn’t quite sure about everything that Cando represents.

Kakinoosit has a better understanding now. That’s because this past July he attended Cando’s economic development youth summit, held in Enoch, Alta.

The 28-year-old, a member of Alberta’s Sucker Creek First Nation, ended up being named the most outstanding male youth delegate at the summit.

“I gained a lot of insight into what economic development officers do and what they do in a First Nation,” he said.

Kakinoosit’s legal name is Steven Gladue. But he has been utilizing his Indigenous names, gifted to him by his father in 2010, since 2015.

Kakinoosit is now preparing for his next Cando venture. He’s been selected to be on the national youth panel, which will participate at the annual Cando Conference. The 2019 event will be held Oct. 27-30 in Gatineau, Que.

Kakinoosit welcomes the opportunity to meet and network with Indigenous industry and business leaders from across the country.

That’s because his First Nation is in the process of developing about 1600 hectares of land that was designated a year ago. Kakinoosit said the land can be somewhat difficult to develop as it is swampy. But the First Nation has rich deposits of clay, which would be ideal for brick and kitty litter manufacturing.

Because of his Cando experiences, Kakinoosit is now keen to become an economic development officer himself.

He had originally planned to attend the University of Victoria this coming January to take classes in its Indigenous studies program. But he said he will now focus on taking the necessary courses in order to become an EDO.

He’d eventually like to return to his home province and if possible work for his First Nation as its economic development officer.

“I would be interested in working for my First Nation,” said Kakinoosit, who worked as a youth program co-ordinator this summer for British Columbia’s Esquimalt Nation. “If that’s not possible and there are other opportunities, I would work for another First Nation. At the end of the day, I’m all about helping Indigenous people.”