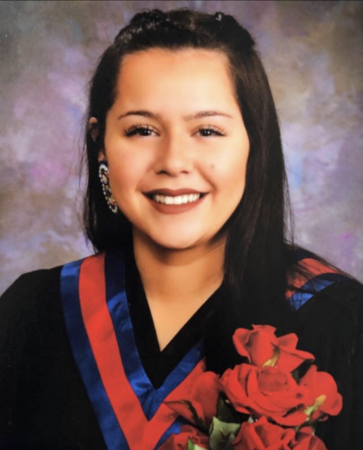 Chanelle Smoke is proof that teen voices can be heard and that young people can indeed make a difference.

Smoke, an 18-year-old member of Ontario’s Alderville First Nation, has been an Indigenous student advocate throughout her high school career.

She completed her high school studies this past June at Cobourg Collegiate Institute.

Smoke started an Indigenous advisory circle in her school when she began Grade 9. Weekly sessions with the group determined actions they wanted to see taken not only at the school but also across the entire Kawartha Pine Ridge District School Board.

“Over the four years I did this I actually saw changes take place,” Smoke said.

“It happened right away at my school,” Smoke said, adding other schools in the board also followed suit.

“I was always an advocate for Indigenous students,” she said. “A lot of times they put us down or didn’t give us the recognition we deserve.”

But Smoke was encouraged by changes she did witness.

“It’s hard to get everybody on board,” she said. “But the principal at our school started including us and letting us do things.”

In September Smoke was scheduled to begin a paramedics course at St. Lawrence College in Cornwall, Ont.

She’s longed to take the college paramedics course for a decade now, after seeing how well first responders treated her father, who died when she was eight.

“It’s been a lifelong goal of mine,” she said of the paramedics program.

Smoke was planning to continue her Indigenous activism work in college.

And she also plans to further her education even more after her paramedics course. She’s been speaking Ojibwe since she was four. And she would like to eventually earn the proper qualifications to become an Ojibwe language teacher.

Smoke has also worked for her First Nation. This summer she was employed as the assistant to the cultural co-ordinator. Her responsibilities included helping to plan for the pow wow the Alderville First Nation hosted in mid-July.