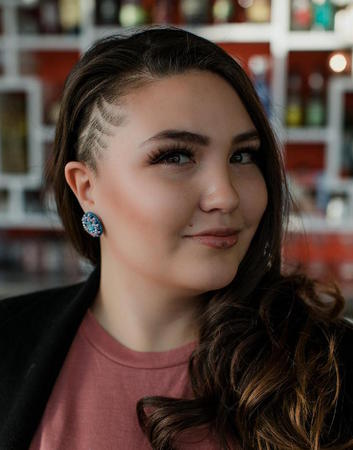 This time around Alexandra Jarrett will end up being one of the ones talking about her experiences at the Cando Conference.

Jarrett, a 29-year-old member of Saskatchewan’s Canoe Lake Cree First Nation, has yearned to participate in the annual conference for some time.

Her desire will be fulfilled this fall as she has been selected as one of the six members of the national youth panel that will participate at the Cando Conference, which will be staged Oct. 27-30 in Gatineau, Que.

The conference is organized by Cando, the organization that promotes Indigenous economic development across Canada.

“I’ve always wanted to go and it’s just lined up for me this year,” said Jarrett, who owns and operates Axis Imagery, a photography and multi digital services company in Saskatoon. “I’ve seen other Indigenous people go and talk about their experiences at the conference.”

The national youth panel annually consists of up to six individuals aged 18-30, who are partly being recognized for their entrepreneurial spirit.

For Jarrett, who turns 30 on Sept. 21, this is the last year she would have been eligible to take part on the panel.

“This is the first year I was nominated for this,” said Jarrett, who is anxiously anticipating listening to the conference’s guest speakers and also participating in various workshops. “I’m really excited I didn’t max out on my age.”

Jarrett added she believes the conference will be rather beneficial.

“It’s always good to network and see what other community members are doing,” she said.

Jarrett started Axis Imagery in the spring of 2014. Prior to launching her business, she completed three years of commerce classes at the University of Saskatchewan, from 2009-13.

She plans to return to the university this coming January and over the course of the next two years finish off courses required to earn a marketing degree.

Besides putting in 8 a.m. to 5 p.m. workdays with her own business, Jarrett also works as a banquet server, sometimes putting in as many as 30 hours per work.

No doubt her work and parenting responsibilities require quite the juggling act.
“I’m a co-parent and I have to have 50 million backup babysitters and backup plans,” she said.