Hailing from the Huron-Wendat community of Wendake, near Québec City, Dave Laveau is the Executive Director of Québec Aboriginal Tourism (QAT) since 2010. Under his leadership, the Indigenous tourism industry in the province has made remarkable progress and is now one of the tourism priorities of Quebec’s government. Dave Laveau’s strategic and inclusive initiatives have resulted in an exceptional rise of 158% in the association’s membership. The overall budget has increased threefold since he was appointed. Under his stewardship, QAT established several structured partnerships, including key partnerships with Parks Canada and the Société des établissements de plein air du Québec (SÉPAQ). These strategic partnerships foster greater collaboration and build bridges between Indigenous and non-Indigenous peoples in view of furthering Quebec’s and Canada’s Indigenous tourism offer. Dave Laveau’s continued involvement, diligence and strategic awareness led to his appointment on the Strategic Roundtable of Quebec’s Minister of Tourism in 2015. His contribution to the industry is reflected in a number of appointments on other influential committees and boards including the Board of Directors of Wapikoni Mobile and the Quebec International Pee-Wee Hockey Tournament. More recently, he had the honour of being appointed as board member of the Alliance de l’industrie touristique du Québec in his capacity as one of the sectoral association members. Dave Laveau is also the founding member of the Indigenous Tourism Association of Canada (ITAC). Since December 2016, he is the Vice-President of this national association. Moreover, after an open, transparent and merit-based appointment process, Dave Laveau became a board member of Destination Canada and the first Indigenous person to hold such a position in this Canadian Crown corporation. In May 2018, the Regroupement des jeunes chambres de commerce du Québec (RJCCQ) awarded him with the Executive of the Year Award at its annual gala. A few weeks earlier, the media Canadian Traveller also honoured him by being named one of Canada’s 40 most influential players in the tourism industry under the age of 40. 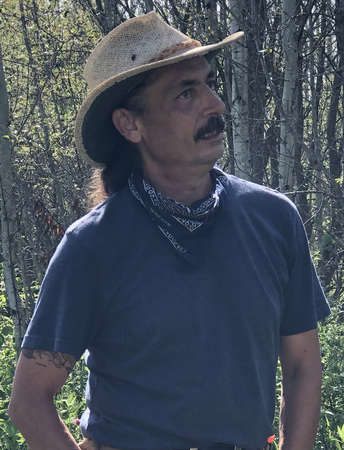 John Ritchie sits on Indigenous Tourism Alberta as Executive Secretary, he has a rich history of experience from 5 star restaurants, to themed hotels and cultural historical sites.  His mentors taught him to dream BIG!!!  He believes that our unique individual characteristics are the keys to our success along with a solid plan which he learnt in the years he served his community as economic co-ordinator and tourism management. John is proud of the successful community resort property that in 2005 he was manager of re-development for the resort and set the foundations of this professional managed property.  Today the resort boost 10 cabins and over 200 seasonal sites filled to full occupancy and is an economic driver for the community. Currently he is works with the Lac La Biche Canadian Native Friendship Centre Association as project developer for Indigenous Spirit Creations: the revenue generation initiative for the non-profit society as he builds his own unique camping experience for tourism market.

Ronald Desjarlais is from Lutsel k'e, NT. He is local operator for indigenous tourism within the Thaidene Nene Park and his company is called the East Arm Pop Up Camp. He is also a member of the Lutsel K' e Dene First Nation Council and a member of the Thaidene Nene Advisory group. Mr. Desjarlais has been a long time resident of the NWT. he started the East Arm Pop Up Camp 3 years ago, for wildlife tours, fishing, and simple camping. This was mainly because other operators in the area charge high fees. He offers up shore lunch and cooked in the traditional way he was taught. This shore lunch is mainly cooked right on the fire. He is expanding to canoe trips. People are interested in filleting fish and having a hands on experience then his tours are for you. The GNWT offers up some assistance through SEED grant and though they want to see more tourism operators they do not offer enough financial support. Through the last three years his company has seen a higher number of tours and is only looking forward to more business in the future.

Keith Henry
Indigenous Tourism Association of Canada
Mr. Keith Henry is a Métis person that was born in Thompson, Manitoba and raised in Prince Albert, Saskatchewan. Mr. Henry began his career in 1995 with teaching positions and has become well known for his strategic administrative and negotiation skills. Since 1998 Mr. Hendry has led numerous provincial, federal and industry negotiations on a variety of issues. He has been directly responsible for financial administration of a number of Aboriginal non-profits and has a proven track record of success. Mr. Henry has become an international Indigenous cultural tourism leader receiving Aboriginal/Indigenous recognition as the former CEO for Aboriginal Tourism Association of British Columbia (AtBC). In April 2014, the inaugural World Indigenous Tourism Alliance award recognized the work of AtBC and Mr. Henry’s leadership. Mr. Henry has been spearheading the growth of authentic Indigenous tourism in Canada as he worked to redevelop the national Aboriginal Tourism Association of Canada as elected chair when this organization incorporated in April 2015. In October 2015 Mr. Henry took the full-time role as the Indigenous Tourism Association of Canada’s CEO. In Canada Mr. Henry continues to be recognized across the country as one of the leaders in Indigenous tourism and has led many new initiatives including the national strategy entitled ‘’The Path Forward 2016-2021’’, contributions to the development of national standards on market readiness and authenticity, cruise industry opportunities and the national Aboriginal tourism research project on the economic value of Indigenous cultural tourism. Mr. Henry was instrumental in the development of the national Indigenous tourism strategy The Path Forward 2016-2021 which will focus on increasing Aboriginal market readiness, increasing jobs, and increasing revenues. Mr. Henry volunteers time in the Aboriginal community and maintains several board positions including the former President of the Industry Council for Aboriginal Business, former chair of the Aboriginal Tourism Association of Canada, current Chair for the Native Education College, member of the Minister’s Council on Tourism, former member of the Vancouver Board of Trade’s Aboriginal Opportunities Committee, member of the World Indigenous Tourism Alliance, member of the International Marketing Committee Destination Canada member, and current President of the BC Métis Federation.