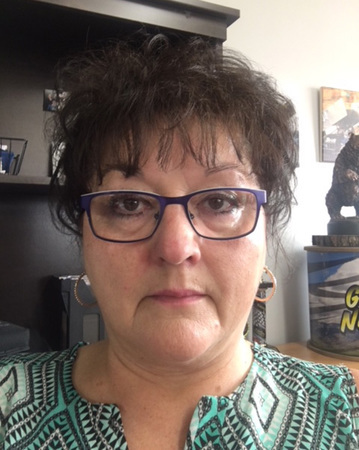 Ruth Chambers-Gee caught the racing bug a long time ago.

“It’s kind of like a drug when it gets in your blood,” she said.

Chambers-Gee, a member of Yukon’s Champagne and Aishihik First Nations, is rather content her love of auto racing has led to a successful family business.

For the majority of the 1980s Gee was living south of the border, in Indiana, with her husband Tim, who was racing sprint cars professionally.

When Tim Gee retired from racing the couple returned to Canada and settled in Leduc, Alta. In 1991 they proceeded to set up their own business, Gee & Gee Racing Inc., a company which provides parts and servicing to race cars.

The business is still going strong today, thanks in large part to Chambers-Gee, who is involved in all facets of the company.

Chambers-Gee said it was a matter of necessity that led her to learn all the nuances of keeping a business afloat.

“We couldn’t afford to pay anyone to do all the books for us,” she said. “So I self-taught myself. And I was doing all the parts ordering and shipping parts.”

Chambers-Gee, who has been an instrumental figure in the family business for close to three decades now, has been selected for the Stantec Women in Business panel. She’s one of four panelists that will discuss their business experiences at this year’s Cando Conference, set for Oct. 22-25 in Enoch, Alta.

Gee and Gee Racing Inc. has been blessed by the fact it can conduct a goodchunk of its business close to home. That’s because the Castrol Raceway is located minutes away, on land leased by the Edmonton International Airport.

The company is a mainstay at local races with its 28-foot trailer, offering parts, tires and fuel to race participants.

Chambers-Gee and her husband also make frequent weekend treks to the U.S., working at racetracks at a pair of Montana cities, Billings and Great Falls.

Chambers-Gee said she’s thrilled the couple have been able to run their own business all these years.
The best part?

“I think it’s the freedom,” she said. “When you own the business, you can do what you want.”
Plus some of the perks are a benefit as well.

“I love all the travel you can do,” Chambers-Gee added.