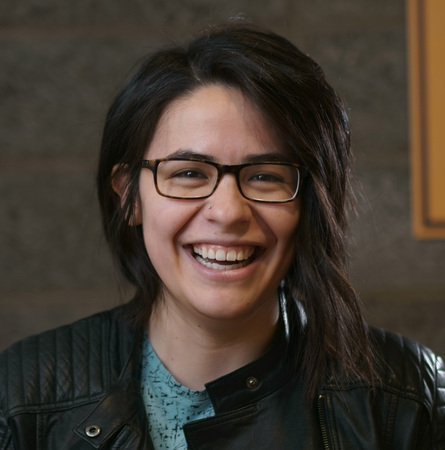 Jacquelyn Cardinal believes there is a fairly simple way to succeed in the business world.

“If you can be a person who can show up and solve a problem, people will pay you for that,” said Cardinal, a member of Alberta’s Sucker Creek Cree First Nation.

Since the spring of 2016 Cardinal has served as the managing director of Naheyawin, the Edmonton-based consulting firm which she founded. Naheyawin, which specializes in Indigenous knowledge and design, has already worked with more than 75 clients, including the Senate of Canada and the University of Alberta, Cardinal’s alma mater.

She’s also rather pleased she was able to team up with a current client, Fire & Flower, the national cannabis retailer.

“It’s really cool to be involved with the formation of a new industry,” she said.

Cardinal will be discussing her efforts in the business world at this year’s Cando Conference, scheduled for Oct. 22-25 in Enoch, Alta.

She’s one of four individuals that have been selected to be on the Stantec Women in Business panel at the conference organized by Cando, the national organization which promotes Indigenous economic development.

This marks the fifth year the Stantec Women in Business panel will be staged at the annual Cando Conference.

Besides working with various Indigenous companies to advance their business, Cardinal also assists various non-Indigenous organizations and firms to better engage their First Nations, Inuit and Metis audiences.
When she started Naheyawin, Cardinal envisioned doing the vast majority of her marketing, web development and graphic design work with Indigenous businesses.

But surprisingly, she estimates between 80-90 per cent of her work, is with non-Indigenous clients.

“It’s been the non-Indigenous community who wants to be more inclusive and more diverse,” she said.

Cardinal, 27, was confident Naheyawin could become a rather successful company. That’s because she had previously operated her own business, which proved to be somewhat lucrative, while juggling her post-secondary school studies.

Cardinal started Cave Design Inc. in 2010, during her first year at the University of Alberta. This company, which she operated until March of 2016, was a web development agency.

Cardinal not only managed to fund her university studies via this company but she also managed to travel extensively upon her graduation, paying for those ventures by working remotely on various projects.