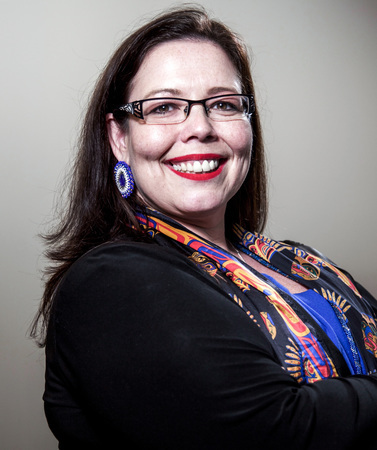 Deanna Burgart already had a rather lengthy and impressive resume working as an engineer for about two decades on various oil, gas and pipeline projects with numerous household name companies in western Canada.

For the past two years though Burgart, a member of Saskatchewan’s Fond Du Lac Denesuline First Nation, has been the one calling the shots.

Burgart is the president and chief operating officer of Indigenous Engineering Inclusion Inc., the company she founded in August of 2016. The business promotes an interdependent approach, combining engineering principles and Indigenous views on sustainability.

“It’s more meaningful to me because I feel I’m working in my area of passion,” said Burgart, a 43-year-old who now calls Calgary home.

Thanks to her acumen in the corporate world, Burgart has been selected as one of the four individuals to comprise the Stantec Women in Business panel this year. Panelists will discuss their business exploits at the Cando Conference, scheduled for Oct. 22-25 in Enoch, Alta.

This marks the fifth year of the panel organized by Cando, the national organization that promotes Indigenous economic development.

With her own company now Burgart focusses her efforts on helping Science, Technology, Engineering and Math (STEM) organizations and educators, ensuring they have Indigenous inclusion in their work.

“There is a steep learning curve in being a business owner,” she said.

Her work experience includes holding a number of positions for companies such as Husky Oil Operations, Direct Energy Resources and Shell Canada.

Also, from December of 2013 through March of 2014 she worked in Kazakhstan, teaching students about production field operations and also mentoring instructional assistants.

Burgart is also a co-founder of indigeSTEAM, an Indigenous youth outreach non-profit program. The goal of the program is to get youth excited about science and related subjects, perhaps leading to careers in the industry.

This program started eight years ago as a summer camp opportunity offered at the University of Calgary.
Since last year, however, indigeSTEAM now provides year-round programming to students, from those in Kindergarten through to Grade 12.