The National youth Panel was brought forth in an effort to showcase Aboriginal youth. Cando showcases the youth who are out in their communities, succeeding and working hard for the betterment of their people. Each year six youth panelists from across the country are selected through a nomination process to sit on the panel. Through the panelists’ presentations, they are able to express and pass along their passion, vision, dedication, leadership, and inspiration to show other youth that anything is possible with discipline and determination.

Take a sneak peak at this year’s National Youth Panel and what they have to offer for this year’s Cando Annual National Conference: 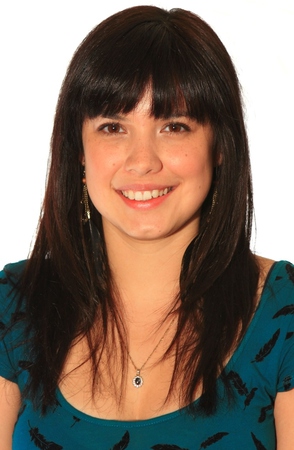 Rachel is from Akisq’nuk First Nation in the Ktunaxa Territory in British Columbia. As a second generation adoption scoop survivor, Rachel grew up in rural Manitoba moving to Winnipeg in 2004 to complete her Bachelor of Arts with honors at the University of Manitoba. She is currently working on her Masters in Development Practice with a concentration in Indigenous Development. Rachel’s strong commitment to community, her outstanding academic achievements and her proven dedication specifically to improving Aboriginal women’s health and well-being, make her an excellent role model for Aboriginal youth. Her work and extensive volunteer experience includes working closely with youth and expanding her interest in maternal and reproductive health. Her dedication to learning has inspired her to finish 2 field placements by the end of the summer, one in Norway House Cree Nation and one in Nairobi, Kenya. 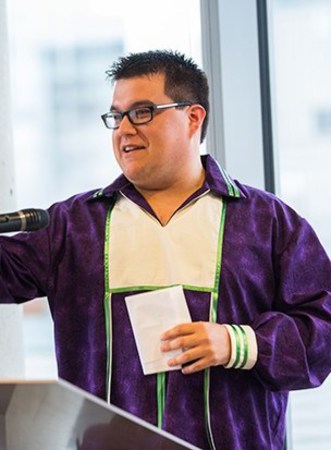 Bronson is from the Kahnawake Mohawk Territory and where he is currently is employed as the Social Policy youth Project Coordinator. He has just recently graduated from the John Molson School of Business, Concordia University with distinction in International Business. Bronson is a role model for youth as he leads by example.  Some of his more recent accomplishments include being invited to join the prestigious Golden Key International Honor Society; he was also the recipient of the 2013 Business Scholarship-Kahnawake Economic Development Commission and the Marie-Rose Durocher Scholarship.  Bronson is an advocate for youth engagement, having participated in many Aboriginal youth events. With his current employment, he hopes to engage youth for the betterment of the community. He has also started his own consulting company called BKC Consulting which he plans to continually expand. 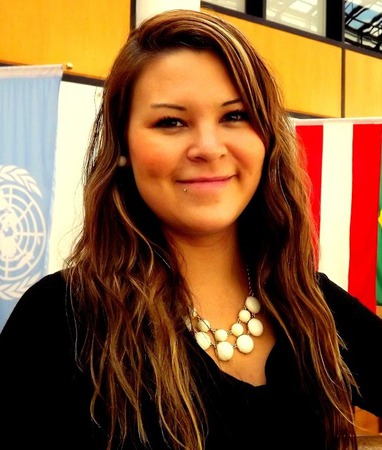 Ashley is from the Samson Cree Nation in Maskwacis, Alberta. She is well-known for her commitment to community involvement, her outstanding range of successes and being a positive role model for the youth. Ashley has lived and volunteered in many countries all over the world. She is currently residing in Calgary, where she plans to complete her Bachelor of Arts Degree in Developmental Studies, and pursue a Masters Degree in Environmental Policy. As a young woman, all the choices that Ashley made for herself, all the opportunities she experienced locally and internationally, the dedication and passion that she delivers in everything she does is what makes her a positive role model.  Ashley plans to return to her community to be a Community Development Practitioner and an Environmental Consultant. She also aspires to own her own non-profit to empower Indigenous women and girls across Canada. 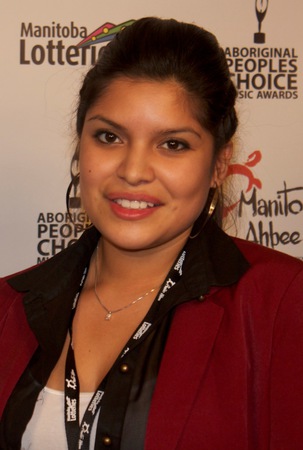 Erica Daniels is originally from Peguis Frist Nation, but was born and raised in Winnipeg, Manitoba.   Erica was one of nine students selected to take part in an intense 16-week program offered at the National Screen Institute called "The New Voices Program”, a program created for up-coming Aboriginal filmmakers.  She graduated from this program in 2010 with an enormous amount of knowledge gained. In 2011, Erica traveled the world documenting international spiritual speaker Dave Courchene Jr.; both honing her skills as a videographer and exploring her culture at the same time. In addition to maintaining fulltime employment, Erica is a freelance videographer - she often chooses projects that she knows will have a widespread positive impact on other youth.  Erica wants to give youth the opportunities that she has received and often mentors youth in their professional endeavors. 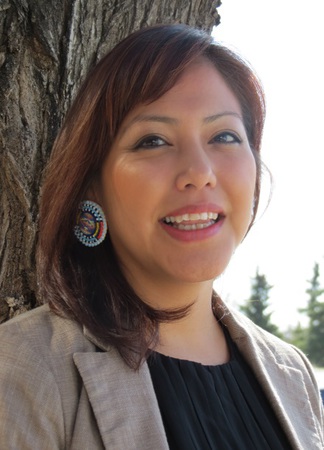 Danielle is an Oji-Cree woman from Ermineskin Cree Nation of Maskwacis, Alberta. She is culturally grounded and is an avid volunteer for Aboriginal community events in Edmonton, where she currently lives. She has a background in Fashion Design, Fashion Marketing, and Business Management.  She is currently working on her Bachelor of Commerce Degree in Management. Her long term goal is to own her Fashion Design/ Consulting business where she can offer opportunities for Aboriginal youth such as classes and internships. Danielle is kind, caring and is an inspiring leader with a gift for engaging fellow students.  She promotes the importance of believing in yourself and becoming the best person that you can be. 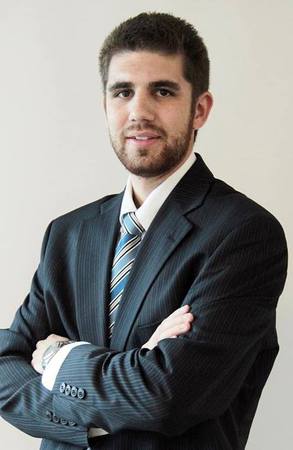 Michael is from the Glooscap First Nation and lives in Halifax, NS. He has graduated with an Advanced Diploma in International Business from Nova Scotia Community College. He has been working with different levels of business and is a hard working entrepreneur. Michael is the founder and developer of Mi’kmaq Beverage Wholesale Supplies Limited, the second largest ice company in Atlantic Canada. Michael is very involved with his community: he is a member of the Board of Directors for the Glooscap First Nation Economic Development Corporation and an active member of the Annapolis Valley Chamber of Commerce. Michael is also a positive role model for local youth, helping facilitate and create youth groups and youth centre in his community as well as donating company resources to numerous community events.