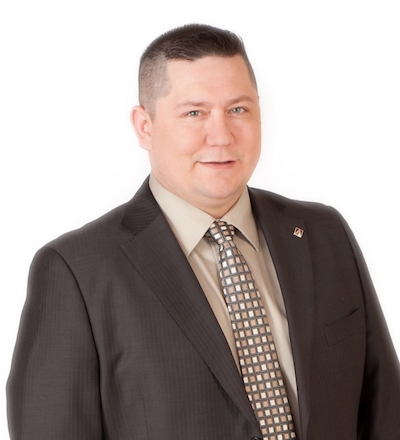 Nick Paul, a Peace Hills Trust manager, decided to get his Cando certification after he was already working for the company.

Nick Paul has made some major life-altering decisions in the past. But the 39-year-old Maliseet, from New Brunswick’s Tobique First Nation, is rather content with his current job, thanks in large part to the Cando certification he earned.

For the past decade Paul has been working for Peace Hills Trust, the First Nation banking institute. He’s the assistant manager of credit at Saskatchewan’s Fort Qu’Appelle regional office.

“I don’t know what the future holds but I know Peace Hills Trust is a top-notch employer,” Paul said.

Though he was already working for the company at the time, Paul decided to complete the requirements and earn his Technician Aboriginal Economic Developer (TAED) certificate through Cando, the national Indigenous organization that promotes economic development. He was awarded his certificate in May of 2010.

“Any time you can educate yourself and further yourself, that’s a good thing,” Paul said. Plus he believes his Cando certification greatly assists him in his current job.

“When I deal with First Nation bands I realize what their economic development goals are and I have a better understanding of how to deal with that,” he said.

Those who knew Paul in his younger days might be surprised to find out what he’s doing now. He left his First Nation at the age of 19 and joined the U.S. Army, enlisting as a medic.

“I joined the military to get off of the reserve,” said Paul, who headed to Missouri to do his 12-week basic training program.

“I felt trapped at the time.” Paul eventually rose to the rank of Sergeant. But after six years, including a three-year stint where he was stationed in Germany and a three-year stay at Maryland’s Fort Detrick, Paul opted to leave military life behind. He returned to his home province and decided to go back to school.

He enrolled at the University of New Brunswick, where he obtained his First Nations Business Administration Certificate. Before he was hired by Peace Hills Trust he served as the branch manager with the First Nations Bank of Canada in Chisasibi, Que.

“It gives you a deeper and better understanding of economic development within the First Nation communities.”